Went back to the LOTUS 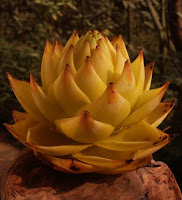 So I did it - after 3 days of testing on um...test server - I have finaly made a switch from hybrid to Lotus/general and I am loving it. It was a major decision for me because, which I have mentioned already, I am now 13g per respecc. Thats right kids, 13g and that is shitload of gold to make with broken economy and lack of place to grind, but I digress...
Before I go deeper into lotus things let me tell you why I did the switch:

1/ I was getting more and more bored with hybrid (same goes for corruption/general) - I can't quite put my finger on it, but it just doesn't feel right. We, assassins, are NINJAS and NINJAS do cool shit like going posion on your ass and NOT colecting soul shards to unleash some bull shit unholy powers. Here you go, boredom.


2/ Everyone does the hybrid thing - yep, clicky on assassin passing by and chances are he has unholy stance on. The reason I went assassin in the first place was because it was least played class, and now I want to play least played specc with my least played class. There is something stupidly ELITIST about lotus tree that makes you feel LIKE A BADASS when you manage to specure your kill with it. I think it's because GOOD players like Mephwnet lotus and made it look like it was GOD MODE. Well, it isn't but you can still feel good about being lotus specced.

3/ PVE - My pve experience right now is limited to Villa runs (still hoping for that sweet ePiXXXs drops) and hybrid made those runs like a cake walk: tons of ress, tons of heals. When I was testing out lotus in villas and my experience was vastly diffrent: you cut through mobs like no tommorow, but at the same time you have to think out your attack, plan on what skills/feat you will use etc.. With hybrid I did: FTD, Pot, golden lotus, Vampyric, SS till everyone is dead. There are not enough mobs to take you down if there are no ranged/casters involved - Hybrid can in fact outheal any damage done by melee NPC. Lotus can't do that and this is why sneaking up on 3 guards and taking them out is f-u-n (for me at least).

4/ CC in PVP - knockback, root, snare, fear, charm - it what makes hybrid assassins sad. Single point invested in the general tree will not protec you from the mean CCs that are flying around in pvp like aids in a hooker bar (quoting Mephs here ;p).
I got tired of dieing due to CC and not being able to do anything about it. I can't count how many times ranger got away from me because he rooted my ass. Also I have a lot of pleasant memories attached to "lotus escapes" - lotus assassins are masters of getting out of "the shit". I got nice story about by escape in PVP, but it is a story for another post. CCs got me very frustrated with my assassin gameplay over last 3 weeks to the point where I was considering a re-roll.

5/ Damage output - can't mess with lotus when it comes to damage. Period. While hybrid does very well in terms of damage output it is lacking vs heavy armor. Lotus has something fun for everyone - kidney shots rip any armor and lotus overdose provides largest dmg buff in both trees. Those are cooldown skills, but the "bread and butter" of lotus are passive procs "assassination", "swift ending", "lotus weapon" and so on. There is a lot of stuff "in the background" that will help you do your job while hybrid basicly gets you lunge to use at will and the rest needs shards. So - more freedom and more right tools for the job.

6/ hybrid means duel - hybrid is very good when it comes to 1v1 duels. It's a fact. Lotus assassins are not as badass because we can't defend against stuns (which barbs are known for) and we don't have enough of melee ress to soak damage when we are stuned.

So here you go, consider the above when picking your specc.
The plant in the foto is....golden lotus. What a shock!
Posted by Slith at 12:51 PM

Great work on blog mate. Do you realized how many hybrid builds turned to Lotus after you did it? Including me

Great blog Slith.
I started playing AoC recently on Polish server. I've chosen Assassin (because I never played one) and Lotus tree (because those passives looked so nice on a calculator). Almost every other sin on this server is a hybrid, but Lotus is great, sometimes I feel like playing Tenchu :)