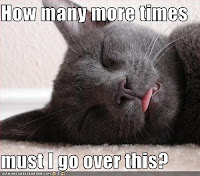 Here are some of issues that I have documented:

1/ Slow death strikes - this combo should be a worthy alternative to Swift Strikes (we are SOOOO bored with using nothing than SS for a year now)and in order to do so it must go beyond 200 dmg per tick. When SDS and SS are used together it should create a burst damage which will pay for the effort involved (applaing two 3step combos and GC).

Note: In order to benefit from strong SDS we must land grim corruption and we have shortest reach in game with cloth armor. The risk of getting close to other melee with longer or MUCH LONGER reach and always superior armor must be rewarded.

2/ Flesh necrosis - why this feat was not scaled is beyond me. This feat is super hard to execute: flesh rot hard to stack, flesh rot expiring fast, landing all combo steps to refresh the flesh rot we already have, buffing with Lotus overdose, debuffing with GC and the FINALLY using flesh necrosis IF your opponent is still near and you are not stunned/feared which will make your stack go away.

Solution: make the damage scale up to new health pools (with 3k HP pool, 900 dmg in nice, but with 10.000 hp?), or make flesh rot benefit from Swift ending in some way (the more damage the flesh rot does the more damage will come from necrosis), or just make it on 10s cooldown so its "spamable".

Note: Corruption's feat called death whirlwind basicly does the same thing, but is much much easier to use and does superior damage even unbuffed.

3/ Lethargy - this is beating a dead horse. Just look at this! Who with a sane mind would use this for anything? I kill chickens with it in Commons and thats it.

4/ Opportunistic strike - there is no reason why this feat should be on one minute cooldown. It gets better with other buffs running, but the CD doesn't justify the benefits of it.

Solution: lower the cooldown to 20s. Corruption has Lunge on 20s and I will trade OS for Lunge any day of the week.

Note: in order to use OS you need to land your opener which is already hard as nails with shortest reach in game.

Bug: OS doesn't crit on openers that come from feated in combos (mainly: antrophy, sabotage, blindside, whirlwind, snapkick) so that leaves you with SS and SDS and GC...again there is no reason why it should work this way. The feat description says: "next blow that initiates a combo" - it sure blows, but when you initiate combo that is not SS,SDS or GC.

Corruption tree also needs a lot of work, but I am not the guy to go over it's issues.

ur awesome! thanks for your continues work 4 the assasin com dude. i hope Funcom will notice ur time u spend into this.