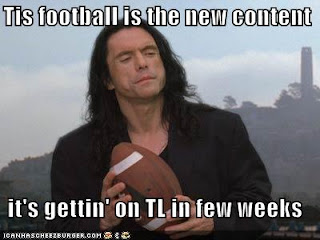 Patch 2.1. Are you psyched up about it? I doubt it, but if you are please do yourself a favor and DON'T.
For a reason widely unknown Funcom is going back to their time proof strategy of "big patch & slow development for the win". Patch 2.1, which will include whole new engine, is shaping up to be another 1.5 in terms of development. Lets hop in a time machine and read up some bullshit on how fast this patch is going live:
Community Update - 10th September - Age of Conan Europe Forums


"herefore we expect Update 2.1 to be ready for the testservers around the end of September. We will of course keep you posted on the current status in the weeks to come."


"on the plus side the internal testing for the integration parts of the 2.1 series is going very well, and the build is starting to look reasonably stable. We will make a decision on when we will push the series to the test servers at the end of the month"

"We aim to deploy the first versions of Update 2.1 to the test servers in the next few weeks".

@Silirrion I really hope not...should be on test within the next few weeks, then depends on the testing about 11 hours ago via web in reply to Slith_hideout

There ya have folks: its sooooooo coming in 2011. Now, what is the issue here?
I cannot understand (perhaps thats because I am not an mmo developer) why we cannot have patches in small batches instead of this monster fix. I can imagine that because this patch includes whole new engine it will be buggy as hell which will only further delay whatever content we are waiting for. There are also so many small fixes that will come with the patch but would make people very happy right now: minigame pvp gear changes would be a prime example.
Furthermore one of the key issue is communication. Both community updates and monthly letters are of poor quality and those are getting both shorter and more rehashed. Do you guys think we cannot tell that you are serving us refried shit from a month ago?
There is so much Funcom could do to get people excited about their games, to make them crave the new content. Oh wait, they are excellent at this, but only before the game launches.
Why not feeding the playerbase with screenies of new maps, artworks, gameplay footage. Hell, even a developer talking about the mechanics recorded with cellphone's camera would been great. Instead we get weekly streams of "its comings" and monthly "we suck at coding with new tools, but we are getting better, like all the time".

I think you can do better than that.


EDIT: mixed up my tweet with GD's reply. Thanks for pointing that out in comments. Sorry for mistake.
Posted by Slith at 1:40 AM

funcom full of slackers and incompetence

It's very irritating to read each-time that it will be in a couple of weeks which actually means 2-12 months.

Another game-breaking thing is that they don't fix bugs in-time or ever.
It seems to me Funcom is only looking forwards (making content) and only 1 developer is looking backwards to resolve in-game bugs.
Most bugs aren't handled at all.
Like now they will bring out 2.1. before getting rid of all the nasty bugs/crashes/whatever who are gamebreaking for a lot of people. This is the worst Q&A department I have ever seen.

My point is: This is the last game I buy if this is continuing and know many others aswell. None of them is going to TSW.