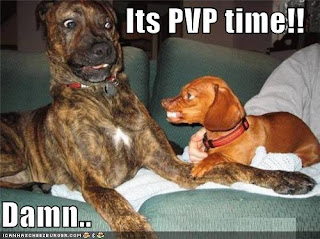 So the new 2.1 is on TL. It’s a small part of 2.1, but still it contains the most important stuff: new 12 vs 12 minigame.
There is a lot of stuff to talk about so let me break it down into manageable parts: 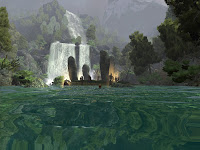 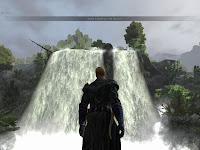 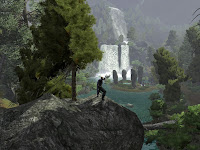 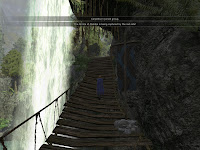 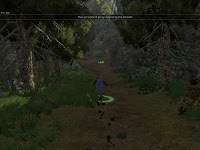 The map is large compared to Totem, but I have heard some voices calling for the map to be bigger. It’s fine for my taste, but faaaaaaaaaar from map that you would use mounts on. There is no reason to mount up – you can reach points reasonably fast. Besides the map has very narrow passes and bridges so it’s easy for your opponents to block you up. Perhaps overtime people will learn to take advantages of mounts in here, but as it is now they have no use.

Pets and Mounts
Yes you can use Khitai mounts and yes you can use your combat pets. While it might not be SUPER COOL to see people being followed by 10 kappas (its actually really a bad idea), but there are some khitai pets that I would like to see in minigames: Yun’s lotus pets, Brittle Blade’s sapling from the tree of death or even moon children. It’s a hard call: on one side it has potential of changing the game into Pokemon online (and those damn kappas are screwing the tab targeting), but on another there are some insta-pets that are more of a buff/debuff and those would give another layer of customization to your pvp character. I would lean towards keeping the pets and mounts: except for damn Kappas those are hard earned, legitimate buffs that everyone can get and keeping them for Khitai-PVE-only seems like a waste. 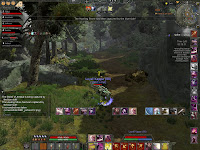 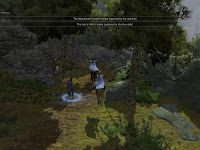 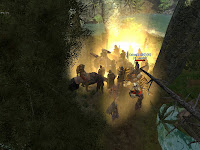 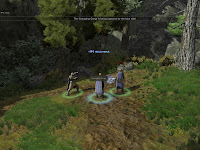 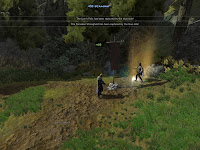 The point capping is very fast. I LIKE IT! I also don’t agree that there are too many capture points. The key to victory are small, tactical strikes as opposed to rolling over opponents with 12 man army. Grouping up or “Zerging” is not the way to go. This map rewards capturing and not defending. You can push with 12 people on one capture point which is held by 6, but before you know it other 6 opponents will cap like half of the map. I would keep it this way, because if there are only few points and the defence (or lets face it: camping) becomes valid the game will lose its pace and will favor heavily solder classes (which are ripping the shit out of rogues/clothes in larger scale battles) and rangers/spell weavers. For the first few minutes of my first game it was exactly like that: DTs and Conqs backed up by Rangers were doing “the blender” in the middle and other classes were popping into that fray for 4-5 seconds only to get spanked into oblivion. Then we started to avoid that “battle” and went for points which immediately broke up the big fight and people rushed in to re-capture. Point capturing often result in small scale 1v1 or 2v2 (since respawns are very close to points) which imo is more enjoyable than classic minigames were the key is to “move as one” and grind anyone that comes near that whirlwind. This mini also empowers the individual more: your actions have DIRECT impact on the outcome. In classic minis its mostly all about the flag carrier and other are usually preoccupied with fragging (myself being guilty as charged). Killing opponents is secondary to capturing the points. You will have more than enough opportunities to cross blades, but simply focusing on killing (which can be valid in capture the flag maps: butchering opponents leaves your carrier unmolested) won’t get your far.

Take a look at screenshot. It’s very rewarding and it will greatly improve pvp progression. I thought that FC will include “Bori” token rewards too, so you can get best pvp set, by doing this mini, but CAN’T imagine that anyone real pvper would do Bori at all if he could get the tokens AND the really good pvp xp from Sag mini. With recent pvp set changes (more on that later) I think Sag will put a large dent in Bori’s participants because FC addressed three major problems with minis : horrible pvp xp, unattainable pvp set and premades. With that out of the way why would you hit rocks? 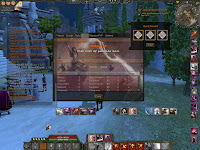 You can only see 1 group in your UI so I cannot tell how well the new system divides the classes, but I have seen both teams having pretty much the same amount of healers, tanks and DPSs.
The Sag seems like heaven for premade vs premade with vent, but minigame nightmare x 10 for PUG vs Premade. Really, I think it would have been HUGE waste if this map went live without breaking up the premades. I do hope that the option for premade vs premade will come at some point, but seeing the opportunity for abuse of this map and how it would ruin the fun for everyone I am glad that the new rules are in.

As always there is room for improvement. It seems this map would benefit greatly from climbing points of various difficulties. Also I would make the water more deep so jumping from great height would not damage the player’s character and would be a valid tactic.


More on 2.1
The party on the roof continues

Seems like FC have read my report on “secret” content on TL and have seen me getting on top of the roof. They have put up a wall to prevent it. Guys, there are explorers out there that can get to the places you haven’t even designed yet ;p. By all means keep trying to seal that place up because this roof club is a pretty cool reward for winning the renown rankings and it would be bad if others could “crash” the party. 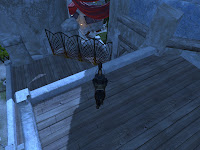 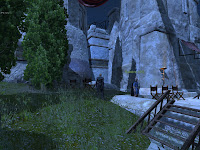 Minigame pvp gear
The smartest move by FC since 2008. The new minigame gear is pvp lvl 4-7. On level 4 you can upgrade your horribly outdated blue items from lvl 1-3 and on lvl 7 you can be wearing full minigame gear. The weapons are reserved for lvl8 (also good). The Bori gear is 8-10lvl. Getting to lvl8 by only doing minigames is hard as nails now (I still need 25% to lvl8), but with new minigame map and minis getting more popular it will get a little easier. This change is great on many levels: it rewards the pvper more constantly (as opposed to half killing yourself over couple of months just to get a belt) and squashes the gear gap between regular pvpers and rock-crushers. 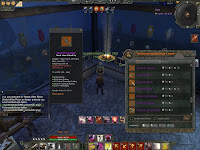 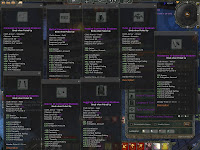 And before I finish this post:
Rock on Funcom! (please do not mess this up).
Posted by Slith at 11:07 AM

Considering this game is balanced towards Team-play. I think only classes like the Assassin will benefit from the split'n'capture tactics. I think that for the individual player, especially the casters, this can mean a real pain in the ass to try and capture a point.

I do not approve of this tactic-change. I will myself test the map either today or tomorrow and will most likely beg FunCom to add less points if this is the case.

this would smell weapon upgrade by january (reaching lvl 8) if i played.

but as i'm not playin, (god dammit), i guess i have to wait till next october...


or will this make pvp lvl 10 reachable by doing minis? :p

Interesting review. This map seems like is what pvp peeps where waiting for. Lets see how Funcom will mess it up.

HOpe it will be really great addiction & there wont be possibility to farm it like bori or premades at mini's.