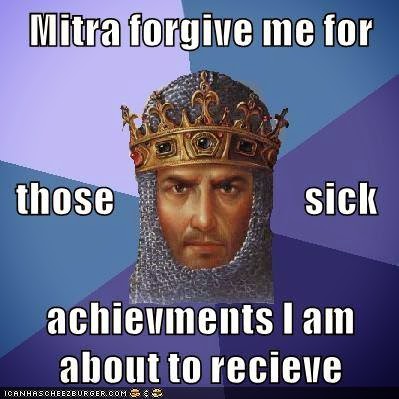 Achievements are in the Age of Conan as of now and I am all in. As always I want to give you my personal take on it and I want to make that clear because achievements mean veeeeeeeeery different things for different players. More so even if I am pumped for achieves in AOC I couldn't care less about them in other MMOs.

I am at "mastery phase" in AOC and very much at "you suck noob phase" in other MMOs (which I don't play, just dabble with from time to time).

I don't think achievements are content per se. If someone left AOC because of lack of content this update is not substantial enough to give them a solid reason to re-sub. For people like me, AOC veterans, achievements is a perfect desert. For new players achievements are a side-dish. For people in between? I am a bit lost in my food analogies so I will just say that it might not be for them. 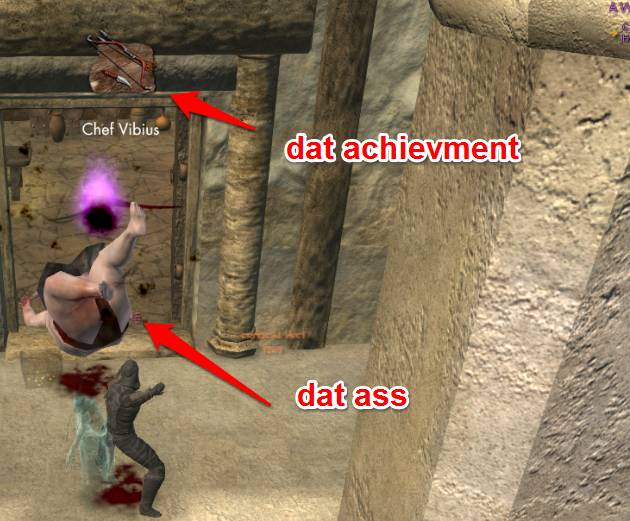 I am very much stuck in a same place for far too long now. Are achievements addressing that? No. Achievements are a neat distraction, they provide just that little bit of gratification necessary for me to actually enjoy re-running 7 year old Villa content (which I haven't done since... patch 1.6?). I had like a 10 minutes this morning so I fired up AOC and completed some old old Tortage quest for achievement. I got the kick out of reading lore bits (Pool of the Black ones implementation in AOC is jaw dropping), I got achievement and loged off. I enjoyed it.You could argue that I could have gone back to Tortage questing any time I wanted and that it provides ZERO challenge and that is true, but I guess achievements is that special sauce that makes everything taste better. That or it might be pure EGO thing. Whatever rocks your boat, achievements work for me. 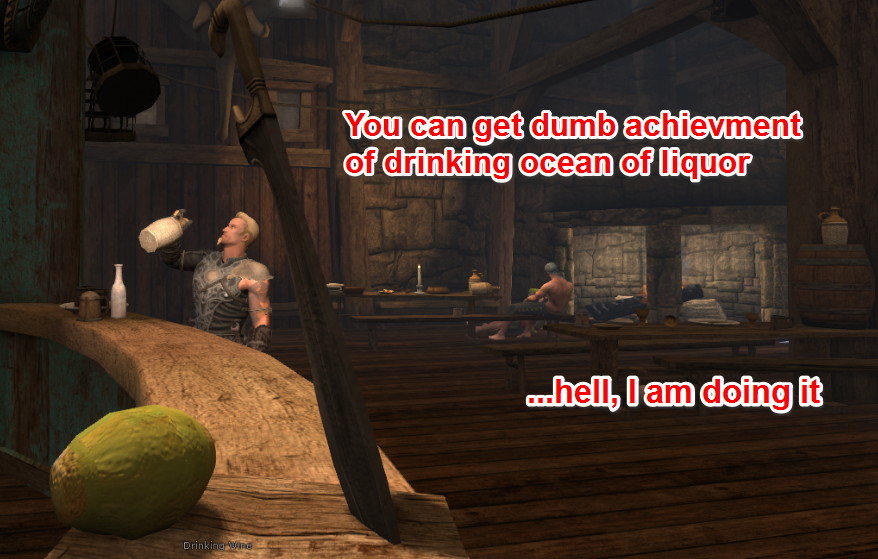 I don't want to give achievements too much credit or make it sound like FC all of sudden re-invented the wheel and turned MMO industry upside down. Not by a long shot, but when to comes down to clost-to-fun ratio I will say that I was a good idea to dedicate resources to achievement system. There are some hick-ups like awarding certain achievements retroactively to seasoned players (I prefer hick-ups over "screw you guys, want all achievements? Reroll!"), but overall I think its well made. The UI looks a bit out of place but then again most of UI elements were developed pre 2008 and quite honestly no post 2008 update that added new UI elements was able to fit them perefctly into existing interface. The UI is clean and usable which is all I need. If I had to complain about something it would be....rewards. The rewards are  mostly titles and teleports. I care little about titles and AOC already had WAAAAAAAAAAAAAAAY too many teleports. I was hoping for more social items like hair styles, tatoos, vanity armor - the works. I suppose it is the first iteration of achievement system so maybe the experience in the future be more ....rewarding. 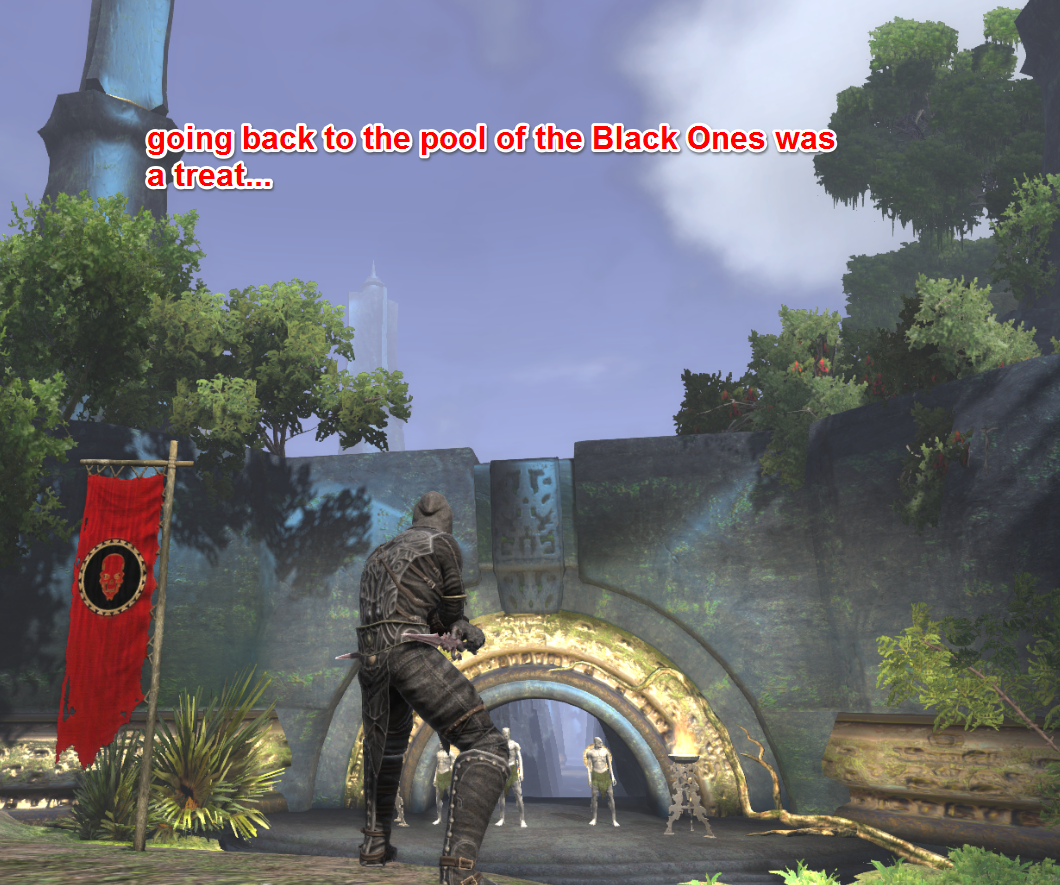 I am glad that my feedback regarding kill count in pvp got noticed, because at first top tier pvp kill achievement was ....5 000. Now it's 50.000 so if you are boasting "The Slaughterer" title like I do you really earned that.

On a personal note I am trying not to get overwhelmed by the system and picked stuff that I want to do first. Going back to old zones to finish quests from 2008 and beyond gives me that nostalgic feel which I personally enjoy so I have decided to tackle zone mastery first. I was surprised to find how quests I have finished in each zone because back in 2008 I rushed to lvl 80 like there was no tomorrow. Good times. 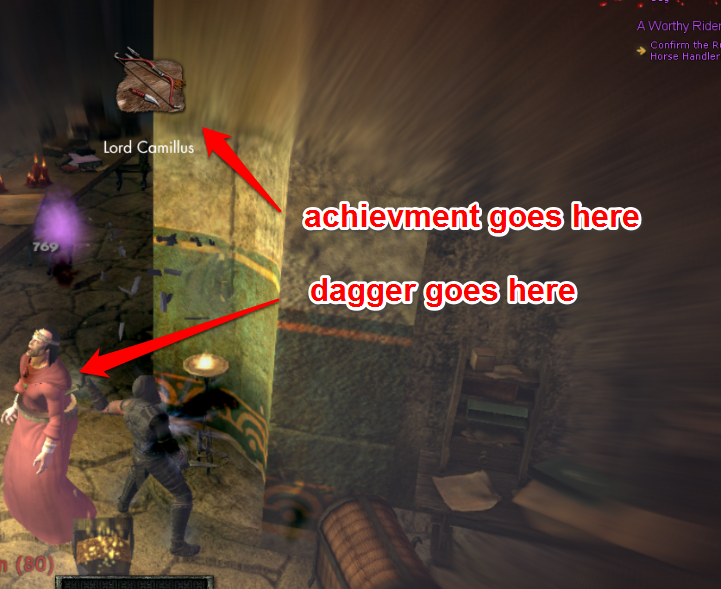 The achievement system overall rewards my type of gaming which is focusing on one character. Since I don't care about account wide achievements I will get most of them eventually (saved for gems like "get all classes to pvp lvl 4", I ain't doing it). For those that have a lot of alts and on different servers there are two bad news: most achievements are NOT account wide and "account wide" does not mean "cross-server". Luckly that second issue is being addressed soon enough.


Last thing that I hope Funcom will address are bugs related to not being able to finish old quests (tons of feedback here). Nothing takes winds of out my sails than not being able to finish zone mastery achievement just because some Tortage quest is not finishable after beating the main story line.
Overall If I had to grade Funcom in this feature I would give it a solid 8/10. The foundation is there but the system as a whole still needs some kinks being ironed out.
Posted by Slith at 3:27 AM

Email ThisBlogThis!Share to TwitterShare to FacebookShare to Pinterest
Labels: Achievements