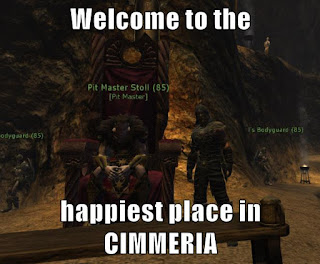 The arena is now on TL.

Funcom Official Feedback Thread: Pit Master's Arena
This is the official feedback thread for the Pit Master's Arena! This new area allows players to challenge their pets, as well as other players, in head to head combat.

The entrance to the Pit Master's Arena can be found in the Fields of the Dead. For convenience, we've added a door to the Testlive Lobby that will take players right to this entrance.

Once inside, players will find a vendor named Ciaran the Kennel Master, who offers a couple of things to assist with testing:

* Mark of the Pit Master: This can be purchased and consumed to increase your faction rank with the Pit Master's Arena
* One Metric Ton of Pets: Purchasing and consuming this will temporarily increase your inventory, and give you a large number of pets. Please be aware that the inventory increase is temporary, and this will not assist in meeting the requirements to learn all of the pets. We strongly recommend that you learn all of the pets you are able to, and discard the rest before changing zones.

For the purposes of allowing everyone to test without needing to wait for others to finish, we have temporarily set this playfield up to spawn a new instance for each player that enters. If you wish to test the PvP battles, please use the Instance Selector near the minimap to join another players instance.

We look forward to hearing your feedback, and please let us know about any issues you encounter.

So how is the arena? Exquisite. Like I mentioned here AOC cannot afford to make bad content. In the case of arena Funcom took previously rather bland feature (non combat pets) and turned it into fun and engaging content. I can see myself collecting more pets because of the Pit. 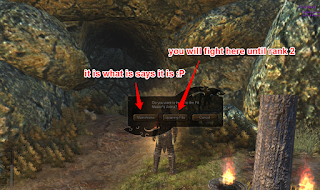 So the Pit is in Cimmeria and you have to enter the instance to use all the feature. It doesn't work like PvP queue where you just sign up and wait. 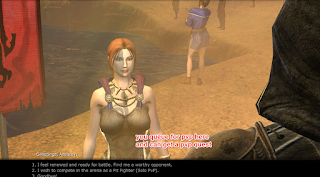 You talk to NPC to get quest or to queue up. 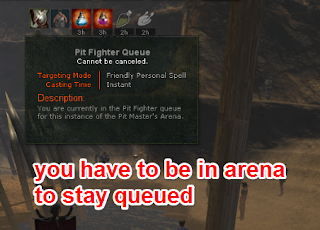 The main idea behind arena is not only to fight but also to spectate. With how fun are different are the fights with each pet I bet everyone will want to see how player going against a very rare pet. Also I would laugh my ass off watching some scrub getting manhandled by Pleasurable Company pet or.... the kitten (yes you can fight it too!). Watching PVP is entertaining in an obvious way. 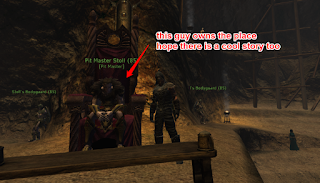 There is no story behind the Pit on TL but I do hope we will get a nice chain of quests leading up to the the arena. 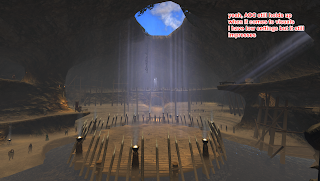 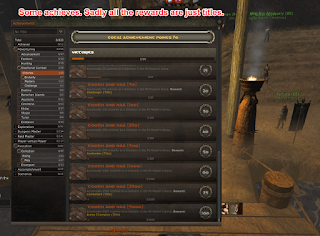 Of course we get more achievements. I was surprised to see no pet reward since in  this context it would been perfect. 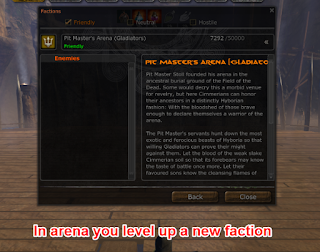 In order to buy rewards you need to gain rep with the factions. I love factions! 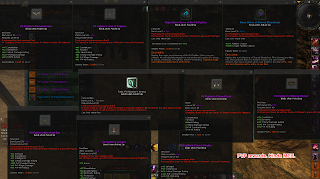 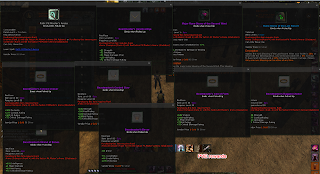 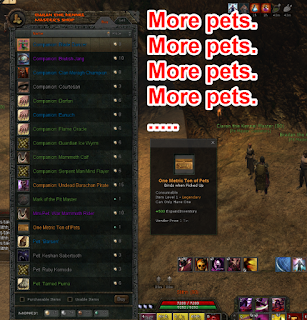 Getting right to the point: when you are teleported into the arena you will have 30 seconds to summon a pet that you intend to fight. At first you will be able only to summon white and green pets but after hitting higher ranks your options will expand.

Here is the breakdown (thanks to tapwater TL forum user):

Faction Rank 0 - Fight in Sparring pits only:
Common and Uncommon pets can be summoned.

Faction Rank 1 - Fight in Sparring pits only:
Common, Uncommon and Rare pets can be summoned.

Faction Rank 2 - Fight in both Sparring pits and the Main Arena - Sparring pits provide no faction gain: Common, Uncommon, Rare and Epic pets can be summoned.

Faction Rank 3 - Fight in both Sparring pits and the Main Arena - Sparring pits provide no faction gain:Common, Uncommon, Rare, Epic and Legendary pets can be summoned.

Of course just bashing pets into oblivion would make for a horrible content so each pet is in fact a mini-boss. This means that pets will use special skills: there will be AOE that you have to avoid, CC to break or mechanics to figure out. Legendary and epic pets are obviously hardest, but even fighting with a green pet can have interesting and challenging. This NOTHING like the fights you are having with mobs in solo PVE. 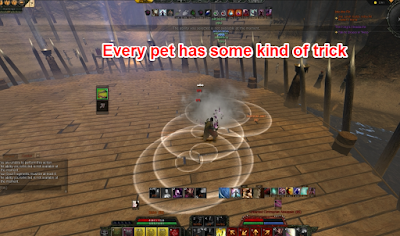 Assassin throwing bombs at me. Better move out.

This pet will keep summoing guards until you kill him.

To sum it up: its done right, I can see myself indulging in this content on a daily basis.

I didn't have anyone to test it but it seems straight forward: you queue up and go for the kill. Now OBVIOUSLY a group arena would be a better choice. With the differences in classes and gear I imagine solo arena will turn into this experience:

And I can safely say we want something closer to this:


Now for my blasphemous prophecy: you can't just queue up and keep fighting with pets and players. Since there is a single arena you will have to wait for others to finish their fights before you can have another go. I can honestly see queues getting very long on Crom and people actually going to Fury because less population = less queue time. Go Fury!

I think Funcom has a good thing going with Arena but group option cannot come fast enough!
Posted by Slith at 5:11 AM