My journey to Khitai (trip to Thailand) 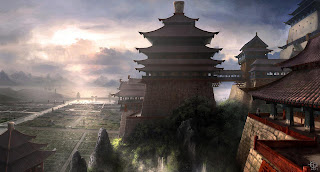 This is my short summary of my trip to Thailand and how I was discovering lost Khitai empire in that land.

Before we go on

I will not even attempt at making this post rich in details on Khitai, I will rather give you my random thoughts. For a detailed analysis of lost Khitai go to The Cimmerian:

Although The Cimmerian mentions Thailand on several occasions ("Taking Howard’s lead in plucking moments and milieus from the annals of history and mythology, one could see a number of modern parallels: the many dynasties and kingdoms of ancient China, the Lao kingdom of Lan Xang, the Sukhothai and Lanna kingdoms of Thailand, and the rich mythology of those lands") it was really this article that sold me on the idea of going to Thailand instead of China ("The numerous references in the Conan stories are remarkably consistent, never failing to mention towers, minarets, impenetrable jungles, elephants, shaven-headed priests and silk robes. This suggests that Southeast Asia, rather than China or Tibet, was the site of Robert's "Khitai.") 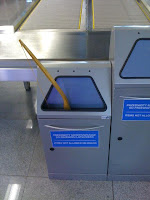 My journey have began in truly epic fashion: some poor shmoo was forced to throw away his....BOW during pre-boarding screening. What the hell were you thinking? I couldn't get it out of my head: WHY anyone would bring a bow with him on a plane and second...why would he think that it was O.K for him to do so...

This picture makes me smile every time 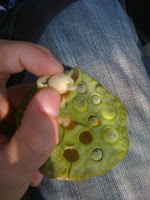 Lotus seeds look a lot like hazelnuts and taste like them too. I have eaten quite a lot of these in futile hope that it would up my magic resistance considerably.... and it did! (probably not). 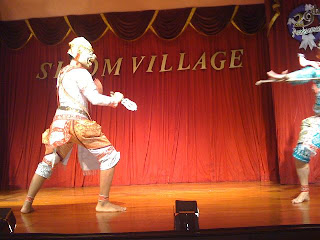 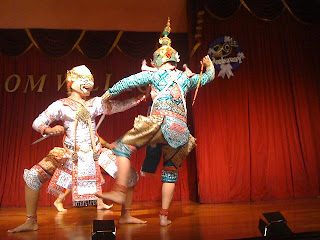 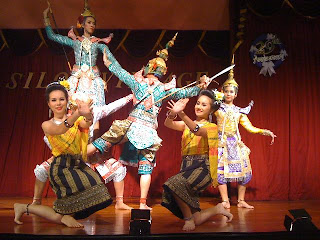 Then we see assassin going against Tempest of Set....and TOS's group unstealths and pwns sin.

That concludes random stuff and now we go into the Khitai:


"Then there were camels and yellow-skinned men who wore silk robes and spoke in a weird tongue. Strayed from the caravan road, they passed close by, and their leader saw me and recognized the scarlet crescent on my bosom. He took me up and gave me life."
"He was a magician from far Khitai, returning to his native kingdom after a journey to Stygia (REH's name for Egypt circa 10,000 B.C.--J.T.). He took me with him to purple-towered Paikang, its minarets rising amid the vine- festooned jungles of bamboo, and there I grew to womanhood under his teaching. Age had steeped him deep in black wisdom, not weakened his powers of evil. Many things he taught me--"


Silk in Thailand
Thailand is known for its silk. The silk industry boomed in the 1950s and 1960s with the help of Jim Thompson. Although silk indicates Asia as a whole, but in the time when REH was putting his stories together it should suggest Thailand. 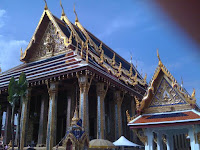 This is something that I have spoken to my Thai guide about. The man said that it would not be acceptable in Thai culture to have a purple roof. The only colors of the roofs were green, red or blue and I have seen no exceptions both in ancient and modern buildings. It is either something REH made up or it suggests that Paikang is a place of magic and spirituality (such is the meaning of purple color) 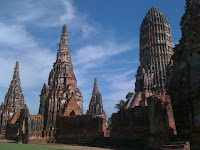 I don't think I need to comment on this. 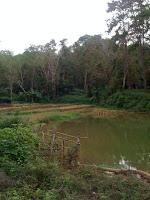 This was also something I have bugged my Thai guide about. Jungle used to cover most of  Thailand's land until in got cut down in XIX century. China doesn't have warm enough climate to have "jungles" in the traditional sense - more of a thick forest if anything.

So the jungle reference strongly suggests Thailand and its neighbors. I have only seen the very border of true jungle where to my surprise...I have found an open wi-fi hotspot... 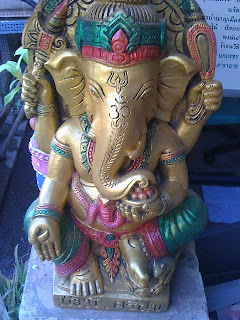 The worship of Genesha is widely spread in Thailand. You can find the statues of this demi-god everywhere.

The Ultimate Guide to the World's Most Savage Barbarian implies that Yag-Kosha was what later on people called Genesha.There is no doubt that similarities are obvious.

In Buddhi Ganesha is considered to be the Lord of letters and learning and this is exacly what Yag-Kosha was:


Then came Yara, versed in dark knowledge handed down through the days of barbarism, since before Atlantis sank. First he sat at my feet and learned wisdom. But he was not satisfied with what I taught him, for it was white magic, and he wished evil lore, to enslave kings and glut a fiendish ambition. I would teach him none of the black secrets I had gained, through no wish of mine, through the eons.


Thailand is a great country to visit and I highly recommend checking it out.

edit: I am not going to fight with blogger's text formating, fuck it, I know its screwed.

Great pics, looks like a lot of fun. But doesn't everybody take a bow on the plane with them?

I guess airport security overreacted, I mean its not like bow is an xbow or something..

Lets keep it resonable: no more than 2 bows per passenger

Wow nice pictures. Thailand will definitely be in top of my list when I have enough money and time to start real vacations some day :)

Oh was some nice reading there. Thanks for sharing.

Spotting that bow in trash can must been epic moment! Bit like on my trip to Turkey where on Istanbul airport I was just stepping in the plane and hearing announcement: "Mister Osama, mister Osama. You forgot your backbag in the plane"

lol...loved the bow bit.. tht guy must hav been on somethin..btw idk about tht ultimate guide but ganesh did not come frm yag-kosha..ganesh is son of siva the hindu god of destruction, gan means army and esh means leader..he is commander of siva's army XD