Where is my crafting? 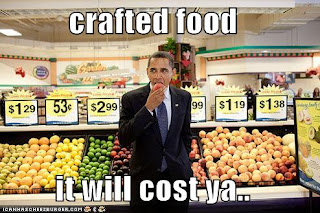 I enjoy crafting. Or should I say: I enjoyed crafting in other games? Age of Conan has THE poorest crafting system I have ever seen in any modern MMO. Everyone can get to the Master level with ease and by doing so you are just another shmoo who can create some items and that is IF you are in a guild that has progressed your city enough.

I remember back in the "gem wars" era when at least gem crafting was exciting. Apart from broken stats it had the random element: you could get some average +dmg gem with stats like +5, but you could also get that sweet +8 which would sell for high profit. Right now if you don't have really rare recipe you are screwed.

The crafting materials are in fact more costly than whatever 80lvl food you could craft for it. For example food made from beguiler blood (mmmmm...demon's blood) costs 55s per 5 and that single vial of blood goes for 60s. Nice.

To top it off the recipes are so rare, how rare are they? They are so rare that items made from those are no longer on the trader because people who got them are long gone from the game. Like for example asuran daggers (which I am still using) are to die for. Hell, you have higher chances to actually raid for T1 and epic quest reward dagger than to buy off that shit on trader. That might be true just for my server, but still: there is huge marked of re-rolled assassins for those daggers and with the high demand there is little supply.


Well what would be the solution then? This is what I would really like to see:

each crafted armor has its own progress bar and as you craft more of these it you could level up both the recipe for the item and the item class itself. Leveling certain item would add some extra stats and leveling type of item would add extra stat to the pool of stats.


You have crafted that damn asuran dagger few times and leveled up in asuran daggers and dagger type of items. Here is what you could get:


This would be quite exciting and it would add another layer of specialisation among crafters. After you have leveled high enough you could create costly epic dagger that you could name (words like ass, twat, pwnage are bound to appear, but some creative people would want their crafted stuff to have other, cool name)


Whatever the revamp might be it would do nothing but good for the game because right now crafting is reduced to progression in the renown.
Don't get me started on pvp item crafting...where the hell is that?
One more thing: why the new factions doesn't have some cool crafting recipies? Seems like a perfect opportunity to introduce more stuff to the game.
Posted by Slith at 6:25 AM

Email ThisBlogThis!Share to TwitterShare to FacebookShare to Pinterest
Labels: Crafting