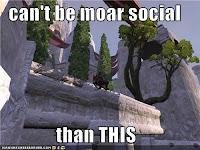 While trying out latest idea for a build (full blown failure BTW) I have discovered that there is a hidden content on TL server that patch notes did not mention: 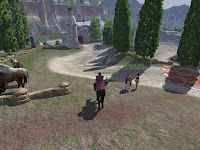 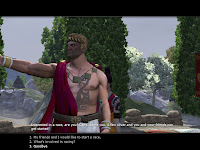 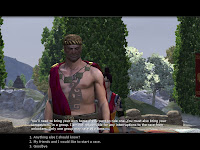 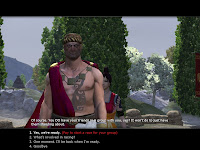 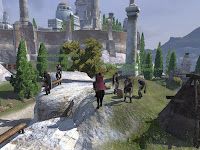 This area has been both on live and TL servers for a while now (from 1.6), but it's finally imlemented in full on TL. Get a group, pay the fee and pwn people on the track.
Just don't try horse burn-out, or drifting ..Tokiyo style.

Avenue of Roses
At first I have only noticed NPC standing at the doors. My first thought: PLAYER HOUSING!
I have ran like hell to both Khemi and Conarch to see if other Hubs got similiar stuff, but it was nowere to be found.
The guard told me that I ain't coming in without the permision from Mr. PvP.
"PvP? That guy must be in Bori, hitting rocks" but then I have looked up: there is a party in the roof and no one is invited! 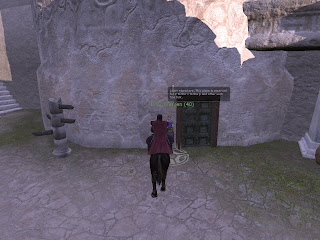 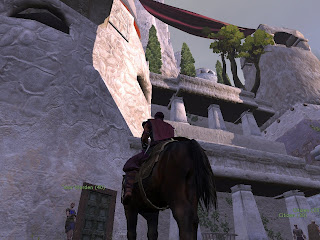 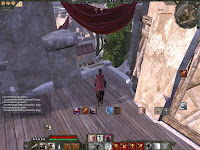 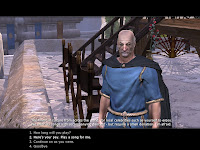 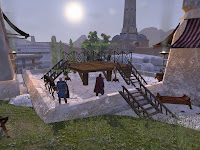 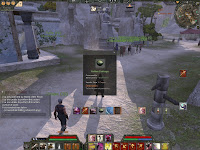 Ofcourse that stupid NPC was no match for the seasoned explorer such as myself and soon enought I was standing on top of that building.

I guess you can watch some NPC dance, fire off fireworks and buy a keg. This place will be PERFECT for "goth poetry night" type of RP events! And by that I mean THIS. Oh and you can buy rotten cabbage to throw at poor Rpers. I am sure some of you will spend a fortune on this: FC, there is your chance for another GOLD SINK!!!

Ok so perhaps latest patch has a social theme: can one expect social tab for items too? I sure deduce that!
Posted by Slith at 11:02 AM

Cool stuff. though I'd rather see Bori working better then it is now. this is a huge welcome! :)

How did you get up there? I couldn't seem to spot a way up. Throwing vegetables is hilarious though. Nice find!

I've found the spot on the TL PVE and PVP and can not find the door or NPC. Was it removed in todays Patch?
Where did you find the cabbage?

Cabbage was sold by NPC on the roof (Barmaid)

I STILL have it on my character (along with ultra rare Casida social pet :D) so long on TL to get cabbaged!!!

Bummer I missed it .. I have Casida on one of my chars on TL too... Forget one of the pleasurable companions, Casida FTW!!