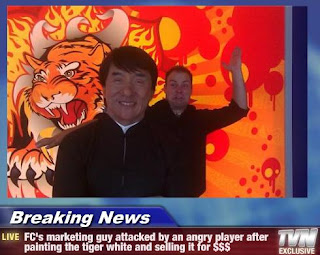 So this will be a hot topic for some time (a lot of quitrage on the forums too): FC's new 12 months sub offer.
Before I will give you pice of my mind (not that you care) here are some stats (because I know that thats the only thing you do care about): 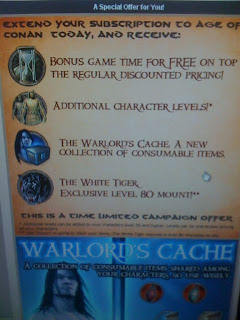 And the quite chubby tiger itself:

credit goes to dawee
So its a faction mount with a paint job? Thats laaaaaaaaaaaaaaaaaaame & lazy. And a little desperate after FC's last, pretty sloppy Q report (time to digg deep).

I bet FC would have gotten more subs sold and made less people angry if they actually WORKED on their offer. You know, like did stuff and stuff.

I don't mind those kushy offers (hell, I bought 12m sub during last offer), but please put some effort into it *sight*. FC is cutting corners and refrying old content as much as they can. The tiger mount was iconic for the ROGS expansion and I can understand people raging that its ruined now. Kinda is? Well why anyone who have put time and effort into getting like rank 3 with Tamaris would go for instant white tiger plushie? Why anyone with tiger (after grinding it for months) would get this white abomination? Who gets to win here?
I guess...people without sub and a tiger mount?
I am crazy enough that I would have bough another 12m sub if the offer was good. But I just cannot reward a company for half-assed effort.
On the plus side it's a good living down the FC's marketing: you boys and gals have A LOT OF STUFF TO PAINT before you will be out of ideas for next 12m subs offers.
HELL YEAH!
Posted by Slith at 11:03 AM