The Isle of Iron Statues - guide to beating hard mode 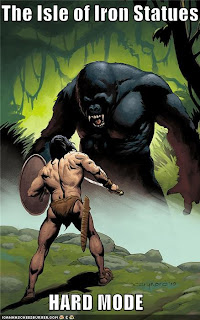 Conan wheeled toward the gaping corsairs.


"Well, you dogs!" he roared. "I've sent your chief to hell. What says the law of the Red Brotherhood?"
Before any could answer, a rat-faced Brythunian, standing behind his fellows, whirled a sling swiftly and deadly. Straight as an arrow sped the stone to its mark, and Conan reeled and fell as a tall tree falls to the woodsman's ax. Up on the cliff Olivia caught at the boulders for support. The scene swam dizzily before her eyes; all she could see was the Cimmerian lying limply on the sward, blood oozing from his head.
The rat-faced one yelped in triumph and ran to stab the prostrate man, but a lean Corinthian thrust him back.


"What, Aratus, would you break the law of the Brotherhood, you dog?"


"No law is broken," snarled the Brythunian.

Oh Aratus, will you ever learn? Did you know you can meet this rat-faced fellow in the new solo instance called "The Isle of Iron Statues"?

I strongly urge you to read the story by Robert E.Howard "Shadows in the Moonlight". It is short, sexy, brutal and it will definitely make the instance more enjoyable. REH's writing at it's best!!

Now lets get down to business:

Gear
I am writing this guide as really decently geared assassin: most of my gear are Khitai epics and I have almost all AA Perks I want. For me the instance is now fun, but not challenging anymore. Sure, if I don't pay attention I will die or fail hard mode (didn't happen yet but its quite possible), but what seemed hard at first became much easier once I have learned the mobs/bosses. I am, however, pretty damn sure that some Khitai must be done before one can attempt this instance. Refuge of Apostate in Kara Korum is a great indicator: you can handle yourself in the Apostate? Give Isle a shot. You need to down 1g blue pots to even finish? Then Isle is not for you. I know that this is a half-assed answer about "what gear do I need for this", but I am not creating several characters on TL and then gearing them via NPC with various sets and test-running the Isle instance. I would appreciate (and others I imagine) your comments about gear/AA you had when you have beaten Isle instance. 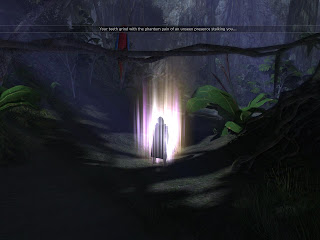 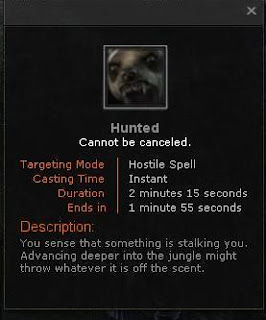 At the very beginning, after passing the parrot, you will get "Hunted" timer. If the timer runs out the Boss will come out and beat the crap out of you (also you will die). The timer will be refreshed each time you have reached a "check point" and once you enter the place where the statues are you will unlock the hard mode. 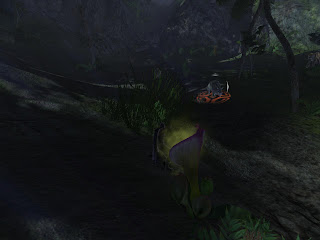 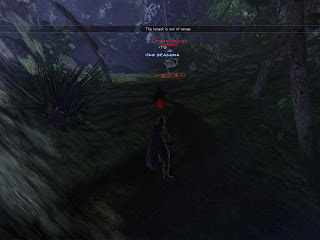 The key to beating the time is:

As assassin you can use FTD to charge mobs (saves both time and stamina) and accelerated (saves time) as often as you can. Keep in mind that snakes will be your deadliest foes so use dull pain to mitigate poison and attack them as priority targets. Also don't bother picking up loot: it will just slow you down and it is crap anyway. 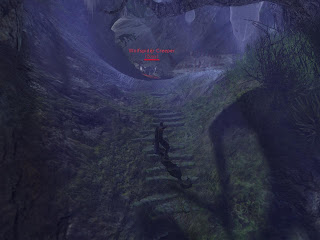 Your first real challenge is the spider boss. I have never bothered to discover any tactic regarding this boss (if there is any) so I just tank & spank him in few seconds. You might want to interupt his "spell" devour to prevent the boss from healing up. 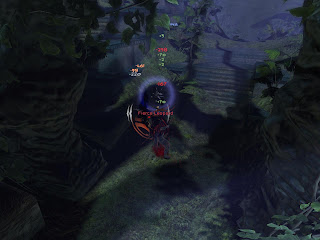 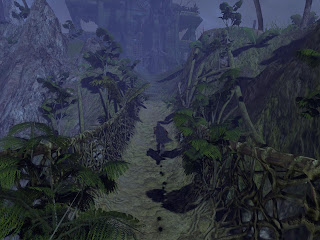 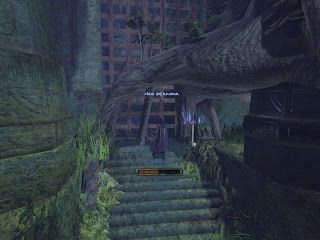 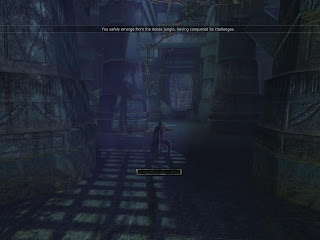 Now deal with couple more felines and you will reach the building with the statues. Congratulations, the hard mode is now unlocked. You should get an on screen message confirming that. 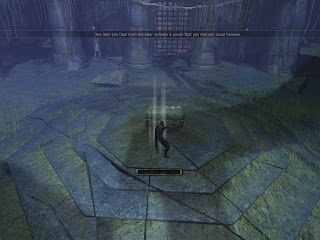 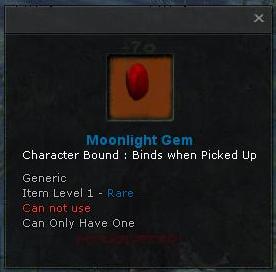 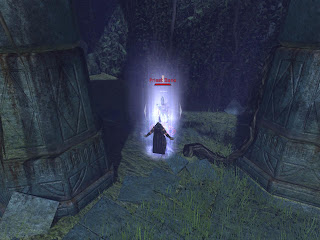 I am surprised how many people try to simply spank the statues to oblivion and not figuring out the mechanic. So there is this red gem that initiates the statues encounter. Using the gem will move it to your inventory as well as making the statues "alive". After picking up the gem the statues will become animated and will walk slowly towards center. Attacking them will be difficult because they are very resistant to all types of damage. However using red stone on them (3s casting time) will turn them back to "flesh and bones" and you will easily dispatch them. Once any statue reaches center it becomes vulnerable to your attacks without the red gem usage. 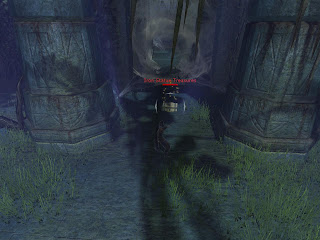 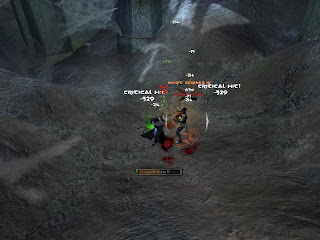 After dealing the statues you will be facing several undead pirates (this poor, drunk sobs killed in the book)by the statues). This is a very dangerous part of the instance so take extra care. The undead are archers (they are hitting hard) and they have interrupt. Don't rush things! After you have emerged victorious you can decide whether you want to try extra boss (Aratus) or go straight for the Ape kill. Let's see what the old man is up to, shall we? 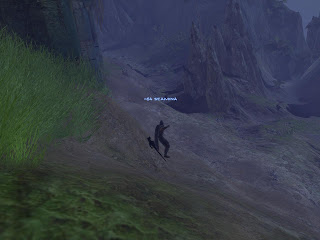 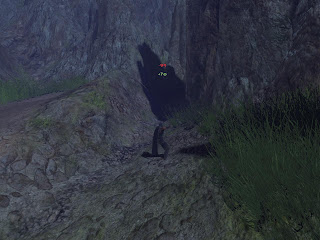 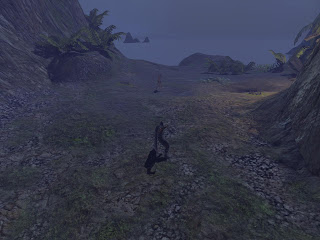 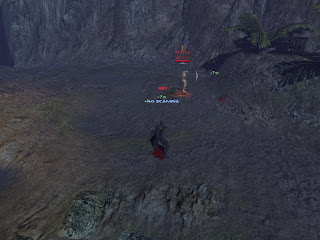 After exiting the building with statues you will be able to take left or right. The patch on the right will have some boars and it will take you to the Ape. The patch on the left will lead you to the mountain where you will find a passage through it. At the end you will find poor, old Aratus, that apparently survived the fight with the statues over 20 years ago and ever since is stuck on this island. Needless to say the experience left the poor sod a little paranoid. The fight itself is ridiculously easy: either tank & spank him to 0 HP (kinda hard to do on Assassin, but possible) or use the intended boss mechanic: run, jump behind the trap laying on the ground, make the boss walk into the trap while chasing you and then spank him while he is trapped. Repeat.
I have seen him dropping a blue spear once, but as for now he is a trash loot boss, hardly worth the time and effort. 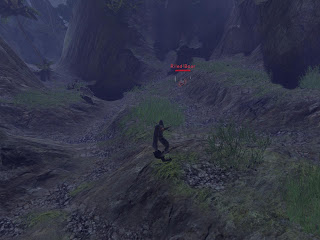 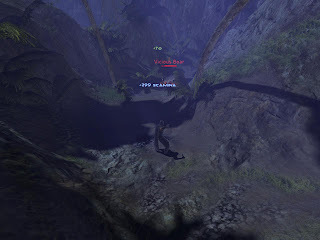 Now go back to the building and take another route. On you way you will be fighting boars and vultures. 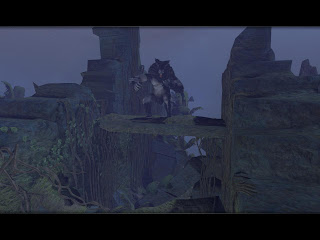 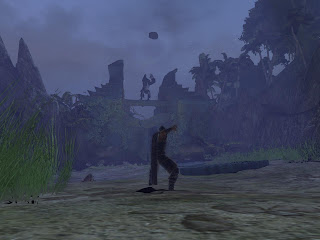 At the end you will find entrance to the Ape Boss.

Out of the shadows of the cliffs moved a monstrous shambling bulk--an anthropomorphic horror, a grotesque travesty of creation.
In general outline it was not unlike a man. But its face, limned in the bright moonlight, was bestial, with close-set ears, flaring nostrils, and a great flabby-lipped mouth in which gleamed white tusk-like fangs. It was covered with shaggy grayish hair, shot with silver which shone in the moonlight, and its great misshapen paws hung nearly to the earth. Its bulk was tremendous; as it stood on its short bowed legs, its bullet-head rose above that of the man who faced it; the sweep of the hairy breast and giant shoulders was breathtaking; the huge arms were like knotted trees.

Funcom rightfuly made this boss big and mean. Compared to this BEAST the gray apes in Paikang are more like these. Seriously, this monkey will mess you up if it reaches your ass. In order to beat this boss you have to take advantage of the mechanic related to the platforms in this stage area. 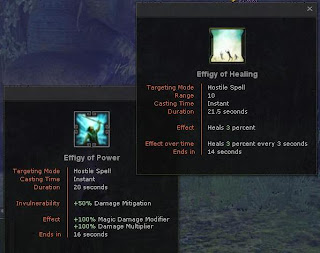 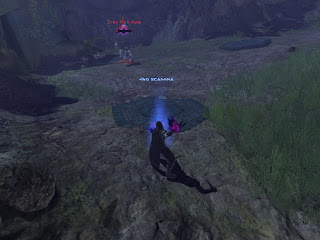 There are 3 platforms. One gives damage related buff (plus mitigation), one gives healing and one knocks the boss off it's feet. I prefer to do this encounter by starting with taking the buff from the first platform - the one you see me standing in front off on the above seen picture. I take the buff, wait for the boss to come to me and then sprint to the second platform. Again I wait for the boss to get close (but not close enough to hit me) and then  sprint to the third platform - the knock back one. I get to the third, KB the boss and then go Grim Corruption + Soul Strike for detonation as well as quick Death Whirlwind and run to the first platform. I repeat this until the Boss is around 25% and then spank him to 0 HP with avatar running.

Here are tips:
- take advantage of accelerated to gain distance if the boss is closing on you
- if snared then remember to use double taping to crawl your way to nearest pad (hopefully HP regen one)
- do not underestimate the boss: the mechanic might be easy, but if you make a mistake he will kill you in few hits.
- both buffs and KB are on 20s cool down. If you reach the KB pad before the CD is up (you will usually reach it when there is 5-7 seconds left on CD) then kite the Boss around. REMEMBER that the knock back effect won't proc when you are standing on the pad while the CD is still up: even when the CD will be over you will need to step off the pad and then step on it again to send the boss flying. 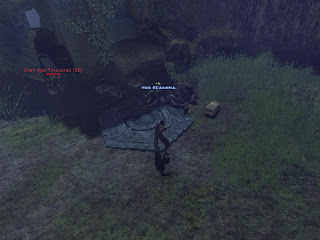 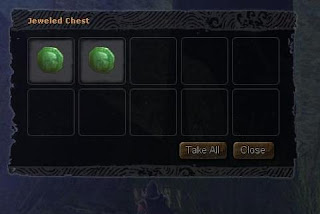 And now the best part: looting. If you have done the hard mode then you will have 2 chests to spoil yourself.

Regular chest will have 2 or 3 rare tokens, some crappy blue ring and sometimes a blue social head wear (worth 50s when sold to NPC! loot it!). The second chest has also 2-3 rares and blue generic item that can summon boss in Ardashir arena (dust). Right after this instance you can do the Refuge run for more tokens. Overall it is possible to get in around 50m anything from 6 (2+2+2) to 9 (3+3+3) hard mode tokens. That should make all those items you want from Khitai within your grasp.
Posted by Slith at 2:34 PM

Since you wanted to know what gear and AA people were doing this in;
I do it daily on a -very- AA-limited PoM (Decisive/Pressing Strikes 2/5, Emissary of Elysium, Steadfast Faith and Celestial Gaze) in Scarlet Circle faction gear (only epics are the rank4 ones and Milestones ring). Usually I have 30s-70s left on the timer.
I understand it's not a 'sin comment, but still :)

Good trick for Ape fight is to run on KB platform on moment when he starts to cast "Unleashing Fury" or so. That is really annoying snare which refresh each time boss hits you. It casts this Snare thingy every 30sec or so. Save the KB platform for that! :)

Yesterday first attempt, normal mode cleared after several deaths. Today hard mode unlocked and cleared, two deaths (ganked by an unseen pirate archer once and then got greedy burning down the ape).

Strategy was poison and Detonation while kiting with BB sapling and level 60 SP and HP potions running, saving KB pad for unleash and stopping to DPS when ape was casting buffs.

You can also use snap kick on boss it works :)

Btw what is Ardashir arena?