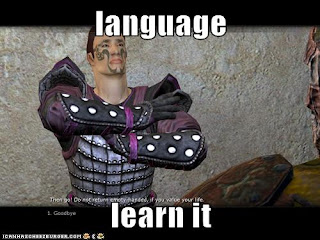 "I have KBed him and used LO with DWW and then followed with GC+SS and FC. Use that against hox and tos"


This is actual quote  that I have seen on forums, posted as a tip for the newcomer.If I was that poor newb I would have been like: "I HAVE NO IDEA WHAT ARE YOU TALKING ABOUT".

So I have written this little guide to take you young cutters into the inner circle of Assassindom. First, as with all things, you have to learn the lingo. Hence here we are.

The most commonly used abbreviations:

Chromatic warding is interesting for some kind of lotus/general build with both corrupted body and arcane backlash. If you are going to focus on ani-magic then go crazy with it and get all the goodies.

hey man do you still play this game? I would love to meet up ingame with you and have a duel :D wanna test my skills agains a pro like you are haha

Sure, I am still around :D

Pro or not, anything can happen in assassin vs assassin :P