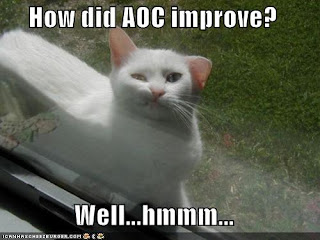 Another year went by so it is time to get savage with 1 year review of Age of Conan development.

First lets go over the most important patches:

Update Notes 2.1.3 – Dreamworld Technology Update - this update brought many bells and whistles when it comes to visual eye-candy, but performance is not the name of the game. Hell, I am still stunned that my computer, despite of having card advertised as "the card to be playing AOC on", runs the game worst than it did pre-dreamworld update. This patch also introduced us to "Improved PVP mini-game & matchmaking balancing" which to this day is a joke.

Update Notes 2.1.8 - 7th of April - The refuge of apostate is introduced to Kara Korum zone. Delicious solo experience and one that I am still enjoying.

Update Notes 2.2 - 4th of May - The Ai District and the T’ian’an Distric went live. Visually very pleasing, but overall needlessly hard and thus not really all that popular.  Faction Progression system in Khitai is revamped and upgraded from "this is retarded" to "it should have been like this since day one". Very positive change, but implemented way too late to keep large chunk of players interested in ROGS.This update also brought Crowd Control Revamp with tweaks to duration, cast time, range, immunities or max targets of each CC ability. These changes also included an additional step for most combos which has been added to the starter step.

Update Notes 2.6 – 30th of June - Age of Conan goes free to play as Age of Conan: Unchained. The model, for my taste, is well balanced and implemented. I have stayed as premium subscriber and will continue to buy subscription in the future. Cash shop has wide variety of items and I am often buying small buffing pots. Long awaited "vanity armor tab" makes into the game. I consider it a SMASHING success and no 1 addition to AOC in 2011. Solo dungeons called “The Breach” and “The Forgotten City” are added to Gates of Khitai zone. Khitai faction item's prices are reduced further making ROGS content more enjoyable and accessible.

New PvP Server Ruleset: “Blood and Glory” - 7th of July - complete and utter failure of B&G server due to players going after PVE rewards to gain an edge in pvp. For example freshly dinged assassin would go and farm KK hard modes to easily gain 6 epic armor pieces, 2 epic daggers and a loads of mastery points. On max level people were rather looking for more PVE than engaging in PVP. Lack of solid pvp content on max level also played huge role in that. Seems like B&G just came in too early. Interesting idea, but very poorly executed.

Update Notes 3.0 (Savage Coast of Turan) – 31st August - first addon pack for the Age of Conan:Unchained. Seems like it will be the new model for the Funcom since in Q2 of 2012 we can expect another addon. The Turan zone looks very well done, but making in lvl50 zone rather than max lvl was not the best idea. The pack also brought Iron Statues Isle solo instance (superb quality and gameplay) and group PVE content in a form of Tier 3.5 raid. The high light of this patch was the complete combo revamp and combo skipping exploit fix. This was really game braking exploit for a very long time and many welcomed it with open arms. This exploit fix also, as a consequence of melee damage nerf, made casters and rangers the best killing machines in PVP scenarios.

Update Notes 3.1 - 13th of December - another engine & data base patch. Not only this patch took for ever to go live, but it aslo has brought bugs that are still haunting players in 2012.

Crafting - crafting stood still in 2011. Nothing happened. Funcom wrote that the whole crafting system is getting teared down and build up from scratch. It is 1/10 for me since what we have now is beyond bad, but there is a hope for the future.
Rating: 1/10

Itemization - Big improvement. With Refuge and Iron Statues solo dailies everyone can get their hard mode tokes and build up their armor sets. The Khitai progression revamp also made MOAs more available without extensive grind. One can only hope for more open world, random drops so it is not at 10 out 10.
Rating: 9/10

PVP minigames - no changes. Still you cannot sign up with a group, still you will get ticked off by afkers and as a result of mergers there are more and more players that doesn't know a word in English. I was enjoying minis LESS in 2011.
Rating: 5/10

PVP XP and progression- With the addition of cash shop players can not only catch up with others faster (with pvp xp pots), but also can instantly obtain pvp lvl5 armor buy paying for it. Now I know that a lot of people are upset by this, but seriously you can get better armor buy doing less than 2 weeks of Khitai (yes! It is that easy) and if someone wants to just jump into the pvp with their under geared alt this is the way to go. I am taking 1 point away because no changes to Bori were made.
Rating: 9/10

Class balance - the combo exploit fix was pretty awesome and I cannot imagine how the hell I was enduring (not enjoying, enduring!) this game pre CC revamp. Definitely a solid improvement.
Nerf rangers -_-' .
Rating: 7/10

Open world PVP - Bori is here to stay. I am bumping the rating because Funcom disabled Bori on B&G server (not that it helped much...) and added looting system. Your opponents can now drop money, Bori tokens, rare potions and even armor pieces. With this system I got almost 1.500 Bori tokens out of minigames alone.
Rating: 3/10

Sieges - Still a feature that was supposed to be iconic for AOC ("experience epic siege battles!") but turned out to be poo on a stick.
Rating: 0/10 LEGENDARY FAIL

Guild diplomacy tools - There are none. There is no support for guilds and server politics in AOC. Come on! Alliance system! Where is that?
Rating: 0/10 LEGENDARY FAIL

Guild city - Nothing really happened in 2011 in terms of guild cities. The new renown levels are needed. I am taking away some points for slacking.
Rating: 7/10

RP support - Hard call. On one hand Funcom added vanity armor which made whole Hyboria more live-a-like, but at the same time the devs trashed every RP server and merged them with Fury and Crom. I haven't seen people RPing in the streets or taverns after merges. I miss that vibe.
Rating: 5/10

80lvl content for non Raiders - With 5 new solo instances there is plenty to do. With this 2011 addition Age of Conan became very casual friendly and more suited for it's population: people with jobs and responsibilities that want to squeeze some playtime here and there.
Rating: 9/10

Updates - Pretty good year with a horrible ending. At first we had constant stream of updates, but then we have hit the post Turan bottle neck with the database update. Definitely better than 2010, but still somewhat disappointing.
Rating: 6/10

Client improvements - the client improved a lot. The crashes, at least for me, are very very rare now. The performance leaves much to be desired thou.
Rating: 5/10


The good: the things that improved the most in 2011

The bad: the things that Funcom failed miserably at in 2011

- Conan movie tie-in (but the movie was kinda horrible so I cannot blame Funcom for not making anything better that they did).

The ugly: the things that are still in game to haunt me

2. The FTP model is also an INSANE LEGENDARY FAIL, as it has failed to retain anyone. IMO its because its overly restrictive and seperates premium from FTP. You should never seperate the population like that, whether through ability (aa, gold limit etc) or places to play together, CE, rads etc. This FTP system has NOT worked so how can it be seen as a success?

Thats it. Ive enjoyed your site and blog, thanks.

I do understand where are you coming from on F2P model, but I am trying to review things not objectively, but from my own, perhaps a little narrow, perspective.

As premium sub I don't really get all that bothered by F2P, and I am buying 18-48 FC points 4h pots in the shop so again, I am not bothered by 2700 Pleasure Priestes of Yun social pet (but I do agree its bullshit)

There is premade versus premade in pvp, but there is no reward. This is due to the fact that "pvp-ers" started a premade game to farm each other, and also crafted in between "wins"

Server merge was a good thing it brought more players in the game which is the number one concern. The bad/broken English is your view/problem.

The ugly should be renamed to "IMBA-fail"... you can also add Bori, and B&G server

Perhaps you could end your summary with what a list of things you would like to see that isn't there at present? Eg. the alliance system you mentioned.