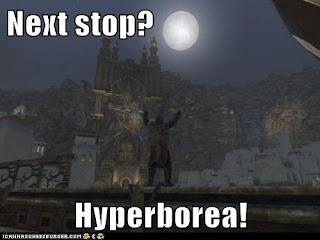 Funcom still hasn't released any official news on upcoming second addon for Age of Conan, but after gathering all the hints (check this video at 29:30m) I think I can take a shot at guess it:


What we know so far is:

1. FC want to step back from eastern theme (Khitai and Turan),

2. The new zone is bordering with existing zones, 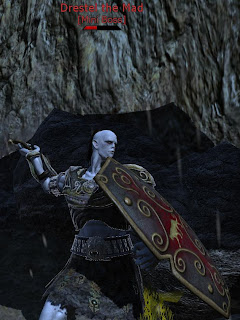 1. It is definitely not eastern themed place. Especially with large parts of it's territory being called the Northlands.

2. This zone is indeed bordering with Cimmeria and Turan,

3. It is an ancient kingdom, very advanced in magic. I am sure with country that old there is plenty stuff that got buried and is waiting to be discovered.

4. H. P. Lovecraft used Hyperborea in his Cthulhu Mythos for his version of Atlantis. So says the wikipedia. 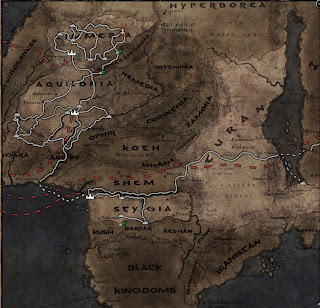 There are also some other reasons for this choice: AOC already has Hyperboreans models done. There are members of White Hand (Cimmeria quest line), some Hyperboreans are NPCs in Bori and even you can get randomly attacked by Drestrel the Mad during resources gathering.

Furthermore Hyperborea has been magnificently portrayed in "The Gates of paradise" by Dark Horse comics. So there is plenty of material to draw inspiration from. 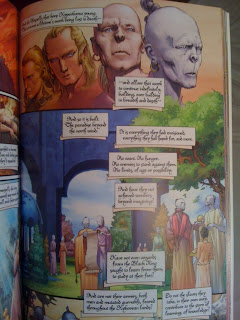 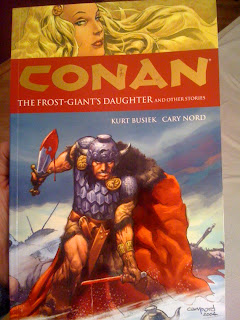 If it's true then I am very excited for new adventure pack since Hyperborea was on my list of places I would like to see in game.
Posted by Slith at 2:17 PM

Would be cool if you could link the source for the hints. thx!

i want to go back to brutal, mystic aoc world. Hyperborea seems to be perfect for that.

Actually, the Aztec culture was mentioned as a place where Conan sailed off too after his tenure as king of Aquilonia. It is said he sailed west. REH fans speculate this was the Americas. The Black Kingdoms were way deep south on the main Hyborian maps.

If Hyperboria does end up being the next expansion, I won't complain. I think it ties in with a lot of the lore from the Conan mythos. There would be a ton of interesting stuff to do, and it is vague enough to allow for some serious development on the part of FC.

i wont buy it if it wont contain pvp , and 1 minigame map doesnt suit me enough.

"and it is vague enough to allow for some serious development on the part of FC."

I don't understand why Funcom is not making more central areas that are main parts of the lore. They've made two "expansions" now that are in areas that are not very famous.

LOTRO for example dosen't make areas that are only mentioned in a single line here and there, they make zones that are major parts of the book and that the players already know and want to explore.

Funcom should really do the same and make more famous areas that the players may have heard about.

Sooner or later the budget for aOC is going to drop and they'll not be able to make any new zones, so I don't understand what they're waiting on or why they don't want to use the "beef".