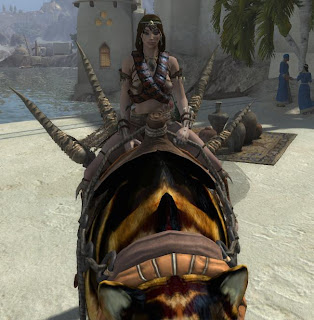 Conan always gets the girl but...
Very few Conan stories doesn't have any womanizing in them (Phonenix on the Sword and Beyond the Black River are good examples). In most cases Conan wtfpwns everyone/big ape and runs away with a swooning gall in his arms. Few examples? Sure!

"Blood thickly clotted his black mane,
and one ear had been half torn from his head. His arms, legs, breast
and shoulders were bitten and clawed as if by panthers. But he grinned
as he braced his powerful legs, and swung on the wheel in sheer
exuberance of muscular might.

"What now?" faltered the girl.

"The plunder of the seas!" he laughed. "A paltry crew, and that chewed
and clawed to pieces, but they can work the ship, and crews can always
be found. Come here, girl, and give me a kiss."

"A kiss?" she cried hysterically. "You think of kisses at a time like
this?"

His laughter boomed above the snap and thunder of the sails, as he
caught her up off her feet in the crook of one mighty arm, and smacked
her red lips with resounding relish."

Title: The Pool Of The Black One
Author: Robert E. Howard

"He turned and lifted Olivia to her feet, from where she had crouched
shielded by the gunwales.

"What would you?" he countered, watching her narrowly.

"To go with you, wherever your path may lie!" she cried, throwing her
white arms about his bronzed neck.

The pirates, clambering over the rail, gasped in amazement.

"To sail a road of blood and slaughter?" he questioned. "This keel
will stain the blue waves crimson wherever it plows."

"Aye, to sail with you on blue seas or red," she answered
passionately. "You are a barbarian, and I am an outcast, denied by my
people. We are both pariahs, wanderers of earth. Oh, take me with
you!"

With a gusty laugh he lifted her to his fierce lips.

"I'll make you Queen of the Blue Sea! Cast off there, dogs! We'll
scorch King Yildiz's pantaloons yet, by Crom!"


"Well," said Conan, setting the girl on her feet within the sheltering
screen of branches, "we can take our time now. I don't think those
brutes will follow us outside the valley. Anyway, I've got a horse
tied at a water-hole close by, if the lions haven't eaten him. Crom's
devils! What are you crying about now?"

She covered her tear-stained face with her hands, and her slim
shoulders shook with sobs.

"I lost the jewels for you," she wailed miserably. "It was my fault.
If I'd obeyed you and stayed out on the ledge, that brute would never
have seen me. You should have caught the gems and let me drown!"

"Yes, I suppose I should," he agreed. "But forget it. Never worry
about what's past. And stop crying, will you? That's better. Come on."

"You mean you're going to keep me? Take me with you?" she asked
hopefully.

"What else do you suppose I'd do with you?" He ran an approving glance
over her figure and grinned at the torn skirt which revealed a
generous expanse of tempting ivory-tinted curves.  "

I could go on and on about quotes like these. What is my point? Well, what do you think happened to those girls later on? Where are they? How did they part with Conan? It is one thing to get a girl that is 100% into Conan, depended on him and has no were else to go and other thing is dumping such girl. Did they die during one of the adventures? Perhaps Conan simply ran away from them? I cannot help but wonder. I think Funcom writers did awesome job of addressing this by putting Sansha on the Tortage. Sansha is the girl that Conan "won" (yeah, by killing the captain of the pirate ship). In Age of Conan she is the mistress of the bearded clam ...the finest whorehouse on Tortage. Of course we know nothing about how Sansha got on Tortage and started her business, but she speaks warm of Conan so I guess the parting must have been warm.

There is also another aspect of Conan's love life that I find ... intruding. It is Zenobia, the queen of Aquilonia. Conan in "the Hour of the Dragon" intended to make her his queen.

"You have not yet named my ransom."

Conan laughed and slapped his sword home in its scabbard. He flexed his mighty arms, and ran his bloodstained fingers through his thick black locks, as if feeling there his rewon crown.

"There is a girl in your seraglio named Zenobia."

"Very well." The king smiled as at an exceedingly pleasant memory. "She shall be your ransom, and naught else. I will come to Belverus for her as I promised. She was a slave in Nemedia, but I will make her queen of Aquilonia!"

Title: The Hour of the Dragon
Author: Robert E. Howard

But Conan keep a rather large ...shall we say "pleasure palace"?

"He had taken possession of the pleasure-palace, however, and Conan's girls were dragged to his quarters. The people muttered at the sight of the royal beauties writhing in the brutal hands of the iron-clad retainers--dark-eyed damsels of Poitain, slim black-haired wenches from Zamora, Zingara and Hyrkania, Brythunian girls with tousled yellow heads, all weeping with fright and shame, unused to brutality."

"And so, farewell, barbarian," mocked the sorcerer. "I must ride to Shamar, and the siege. In ten days I will be in your palace in Tamar, with my warriors. What word from you shall I say to your women, before I flay their dainty skins for scrolls whereon to chronicle the triumphs of Tsotha-lanti?"

What happened to Conan's "royal beauties" when Zenobia arrived to Tarantia? Conan simply disbanded his army of "dark-eyed damsels of Poitain, slim black-haired wenches from Zamora, Zingara and Hyrkania and Brythunian girls" ? I think not.

Zenobia is only mentioned in Age of Conan as she is pregnant with Conan and supposedly hidden. The fact that she is pregnant for four years now brings a quote to my mind: "Okay, first of all, Bonnie, you've been pregnant for like six years, all right. Either have the baby or don't (Petter Griffin, Family Guy). I very much think that after all those years Funcom OWES us the Zenobia. Shall we ever see her in Age of Conan? Time will tell.
Posted by Slith at 4:32 AM