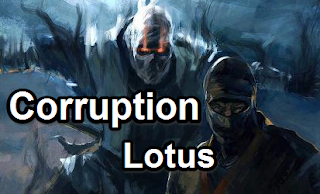 The following are most standard builds that are commonly used with short description.

Probably more popular during 1.6 patch series this build strongly focuses on delivering massive detonation damage. This can be deadly versus under geared opponent.

While packing a little less punch than classic "bomb" build this variation brings supreme protection against knock backs making it deal choice for larger scale pvp such as minigames. With this build you can pretty much go entire 20 minutes of the minigame without being knocked back even once (rotating excellent balance and avatar).

This build switches the focus of the end tree feats on Lotus side which results in slighly less physical resilience (due to loss of HP leech from avatar), but has an advantage of a superior anti CC abilities. With both Lotus Overdose and Excellent Balance running you are virtually immune to every CC in game.

Some swear by "tribrid" builds as being the best for PVP. With this one you will lose some of the spike in damage, but gain access to more anti CC feats.

This is perfect build for leveling up in Khitai. At first you will need Atrophy to "soften up" your opponents a little.

As you get better gear your can switch to this build for faster killing. It is "bomb" build so it can be used for PVP as well. With avatar running and detonation and both DWW/GB you can leech absurd amount of health to out-live any mob in Khitai.

This is my current build. With maxed out AA tree and brittle blade set I have a lot of offhand so I have decided to further upgrade my build with offhand chance. I am using kidney shots to to stack them with other damage buffs to create...pretty much a ball of death. My combo is the following: kidney shots + avatar + liberation + gray lotus + path of enlightenment. With this I can survive absurd pulls or by pass intended game mechanic for solo bosses in hardmode/unchained versions of dugeons (like killing Accalia in her camp in DMH unchained).

Avatar Hybrid (http://is.gd/Y3tNJ7)
This is a build for longer fights and it provides both sustained damage and a nice spike. You need a good tank and gear/perks for this or you will over-aggro. Good build for clearing up dungeons that have trash mobs (like AOK).

Tribrid (http://is.gd/40UDtb)
In this build you still get to keep some of the spike damage (DWW/GB) but your are getting a major upgrade to your anti aggro.

Overkill (http://is.gd/66s6Bs) by Shahir of Destiny Crom EU
If you are looking for more laid back raiding experience or (like me) getting constantly aggro in raid encounters this build will "fix" it all. If you also have cover of the dusk perk then you have 5 very potent anti aggro tools at your disposal which will make up for lack of skill/gear/bad tank. In more extreme situations you can also use this build in group dungeons.

Classic Raid DPS, Magic Based (http://is.gd/fsYYRc) by Shahir of Destiny Crom EU
The supposed "golden standard" of raid speccs that will put you on top of the DPS charts. Tried and true.
Posted by Slith at 12:38 PM

Umm.. Have you tried that PVP-Tribid build? Is it a pass?

Honestly I put it in here for sake of putting it.
Personally I think tribrids are made absolite due to Liberation perk which does exacly same stuff as agile mind/artist

Also agile mind has HORRIBLE CD. Once you have your anti CC on CD you are basically left with gimped Hybrid.

I do not play pvp with tribrid, but if I did this is probably a build I would have gone with.

PvP tribrid is great you dont loose as much damage as you may think. Its more difficult to play with it though cause you dont preload the cc immunities as you do when using avatar or lotus overdose but rather you wait for it to come and then use it. I consider my self a rather average sin (perhaps a bit more) and have done with this build in a lost js game 24:6 with it.

Well, we all can give only anecdotal evidence about build's performance.
I don't like it but that doesn't mean its bad or player is bad for using it.I do recognize that it exists and is viable for pvp and therefor it is in the post as one of pvp builds.

The comments are not really great place to discuss this as there is already a thread on new merged forums:

It would be very usefull to post some 39lvl and 59lvl PvP bulds for mini games...

thank you in advance!

(this build has stron face stab miasma and a lot of CCs at this level).

Excellent balance is a must for pvp.

Thank you for your answer!

I highly apreciate the effort and the knowledge that you put here!

np. Let me know how those builds worked out for you

I tried the last days the 39lvl build and seems to be ok. I have hard times often in minis, but I suppose I need more PvP practice.

While playing (39lvl)minis I notices other sins making a big leap similar to charge. The targeted victim stucks and cannot move until the attack is over. Excactly like soldier's charging. It happened to me too. I was not able to move for a few seconds. What kind of attack is this. I looked the feats until lvl39 I could not tell wich grands this kind of attack... I suppose I'm lagging? or it's some kind of cheat?

I also notice that some other sins stun me. Yes I see the little stars above my toon's head. It's clearly a stun! I could say that another char stunned me not the sin, but we was only 2 sins 1 vs 1. I do not know how he did it. I could only suppose that previously a ranger put a stun trap there...

What do you think?

And I finaly found the stun here. Your thread http://forums.ageofconan.com/showthread.php?t=180829

I must learn and practice more...
Thank you