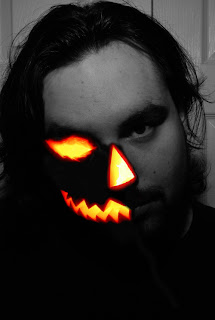 I am pleased to introduce to you, the readers, someone who needs no introduction: the man who puts "text" into Age of Conan's quest text: Joshua Alan Doetsch

1. Please introduce yourself to the readers and tell us in short what it is that you do for Age of Conan.

Hello, intrepid readers! I’m Joshua Alan Doetsch. I’m a writer originally from Chicago. Over the last few years, I’ve lived in Norway and in Montreal (where I currently live with a one-eyed cat). In two weeks, I’ll be living in North Carolina. After that…who knows? I’ve served as Lead Writer for Age of Conan for a little over three and a half years.

2. How is the content created for AOC and when do you contribute your writing to that? Are you getting an outline of the story, general theme of expansion/add-on or are you free to explore on your own?

A little of all of the above. When I first started at Funcom, I mostly received quest outlines from designers, and added dialogue (and a little story) as needed. I’ve progressively gotten more involved with more aspects of development. Over the last few expansions, the usual routine would be that the talented Narrative Designer, Karl Andre Bertheussen, and I would outline the background story and brainstorm how the lore would interact with it. Karl and I work well together, in that he gets the skeleton scaffolding of the story up (with quest design and gameplay in mind) and I try and dress it all up in as many interesting things as possible. From there, the general storyline goes to quest designers, they hammer out some quests, which eventually come back to me for dialogue. So I was most involved in the beginning and end of that process – though I’m available throughout to answer questions and brainstorm.

3. How did you get introduced to REH's work? Are you a fan or Conan stories or those are just materials that you are working with in AOC development?

Before working on AoC, I had only read a few Howard stories. But I dive into fictional worlds pretty quickly, and I was familiar with the Sword and Sorcery genre in general. I’ve become a Conan fan. When working on the game, I try and spend a little chunk of the morning reading at least a few pages of Howard’s work, to keep his language fresh in my head. I think my gateway into Howard was Lovecraft. Before my Funcom interview, I did not know they were such close correspondents, and Howard’s fiction sat in a particular corner of the Lovecraft Mythos. So, it turned out Howard was really a friend of a friend, and we knew each other better than I thought.

4. What is your approach when it comes to creative use of Conan lore? Are you sticking only to cannon stuff or perhaps you are also exploring concepts in other Conan related medias like movies and comics?

Howard’s Conan stories are the bible. We then use material from pastiches and other material only as we find useful. My approach is to stay as close to the spirit of Howard as I can (given that it’s in a different medium), but to not just mimic him. I need to put some of myself into it, so that it’s not just a mausoleum to REH, but a living storyline. If Howard’s writing is anything, it’s vibrant and alive, almost smashing through walls with its pure enthusiasm. You want to honor that, but not try and entrap it on a pedestal.

5. What are the themes or plots in Conan stories that you would like to explore more for future Age of Conan add-ons?

Hmmmm…still so much Hyboria to see. “The Queen of the Black Coast” is one of my favorite stories, but most everyone in that is dead, so it’s harder to use except as inspiration. Pelias, the mage who allies with Conan in “The Scarlet Citadel” always fascinated me; I’d love to make use of him. I’d also like to explore Vendhya.

6. Are you working with concept art artists? Are you using concept art for inspiration when writing or is it the other way around: concept artist read you stuff and they are drawing?

We all feed each other. I try to show off bits of lore and share links to related material. They, in turn, show my concept art, and that always juices me. Art, playfield environments, music, even monster sound FX…I eat all that up. That stuff gets me excited.

I play on and off, mostly as a Herald of Xotli. There’s enough preexisting material that I’m often playing in places I did not have a part in, but it is weird sometimes playing through something I helped write. Even if I wrote it, though, I don’t necessarily know how all the gameplay is laid out. I know how most of my writing is used, but am surprised on occasion. It’s cool to see the characters who I gave dialogue to. Most of my material is level 80 stuff, so it took me a little bit to level up to my content. I still need to play through House of Crom. I think I’m most proud of how that storyline turned out.

8. Could you talk a little about your "creative process": how the stories are actually put together? Do you have a rough outline and a lot of notes or does it have more of a "creative flow" vibe to it when you just sit down and crank out stuff out of sheer inspiration?

I take lots and lots of notes, some very random. Those go in several files, and get filtered to projects or playfields they most fit (or go into more general files I can sift through if I’m looking for a little something to throw in what I’m working on at the time). I do most of my work on a program called Scirvener (it’s a mega-document made of smaller documents, so it’s really easy to organize the massive amount of text in one place). I tend to read a bit of Howard, here and there, and I’ll jot down ideas or lore from that. I’ll also snatch words or phrases of his that I like, and sprinkle them into the game whenever I can, to keep it all flavored right. Quests tend to be outlined, but I have a lot of leeway in how I develop the story in them.

9. Your work clearly shows a fascination with the works of H.P.Lovecraft. When writing stories are you taking inspiration or referencing other non-Conan authors?

Yeah, I definitely pushed the HPL angle. I do try and include other author inspirations as they occur to me. Poe always works his ways into the cracks of my work. For Conan, in particular, I often reference heroic epics. I have a copy of both Beowulf and The Epic of Gilgamesh on my work desk. I leaf through them a lot for rhythm and language. I use a lot of mythology too. If you write anything, you can’t go wrong with knowing mythology. They’re the stories and narrative patterns that we get handed just for being a member of the species. We own them the moment we’re born. They’re a sort of lexicon of the language of storytelling, so they’re good to know.

10. Are you doing any research into actual history when writing Conan stories? It's obvious that REH based many of his "Hyborian Age" concept on it.

The beauty of the Hyborian Age setting (and one of the reasons REH came up with it) is that he could reference history, and use it for inspiration, but no one could call him on inaccuracies, because it comes from a fictional point of pre-history. My research follows a similar pattern. I use it for details and ideas, but I don’t have to stick to it hard. No one can tell me that the Mongol details in the Hyrkanians are wrong, because the Hyrkanians are not Mongols. I researched a bit of Asian mythology for Khitai, but I also referenced others, because Khitai is not Asia. It is before Asia. It is a refracted echo of what Asia will be.

11. Tell us what you are doing outside Conan related stuff.

I also do writing on The Secret World. Outside of Funcom, I have a novel available called Strangeness in the Proportion. I’m also doing a lot of short story writing, for various anthologies, and some pen n’ paper rpg writing. You can check out links to all that at joshuadoetsch.com.
Posted by Slith at 6:42 AM

It's a shame some of his text never gets read because npc's abruptly attack you.