PvP guild - is it possible? 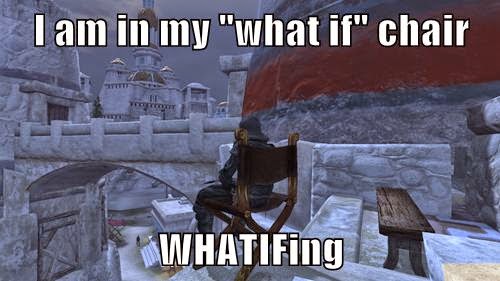 With the 4.2 patch right around the corner and the daily pvp quests about to hit live servers I have a high hopes that group pvp will once again make people excited about pvp. The very concept of me being in a pvp group with non-strangers (aka people I know) is so alien to me that I will need to ease into it (thanks Craig! We all owe you one). Having an alternative of "random minigames with random strangers" and "open world pvp quests that you can do with friends" I can very much see myself grouping with people for pvp on a daily basis. This leads me to the point of this post: 100% pvp guild as a possibility in post 4.2 reality. I am talking about an organized guild of individuals committed to doing pvp as their main and pretty much only in-game activity. It was always a dream of mine to be in a such a guild as my in-game guild history is llittered with PVE guilds doing...pve without me. I did my time in The Law - a pvp centric guild - but in all honesty I joined them at worst possible time: there was no group pvp content whatsoever (the only chance to interact with guild members was usually fighting them in minis) and The Law was taking a shot at T4 raiding (to get PVE weapons to stay competitive in PVP). All that have lead to...less than desirable scenarios.
But that table has turned with wild concept of PVP gear being better than PVE one (even more so with impending T4 pvp gear) and above mentioned open world pvp objectives. So will the pvp guilds show up on Fury? I surely hope so.

Matter of fact I have asked that very question on the official forums and.........hilarity ensues with usually "Crom is the best fuck the rest" type comments springing up. I have so many hopes for this patch, but will it be a "game changer"? We shall see soon enough as may 20th is right around the corner.

The Age of Conan, 6thAnniversary event will run for several weeks starting on the 20th of May and is titled “Shadows of the Past”. - http://www.ageofconan.com/news/game_director_letter_april_2014
Posted by Slith at 2:56 AM

Have you figured out how to get Gilding Tokens yet? I mean beyond the 2 from the stupid anniversary quest.

nah, we will learn soon as it is most likely tied to new patch 4.3. We have zero info on that patch.