My horse is amazing! 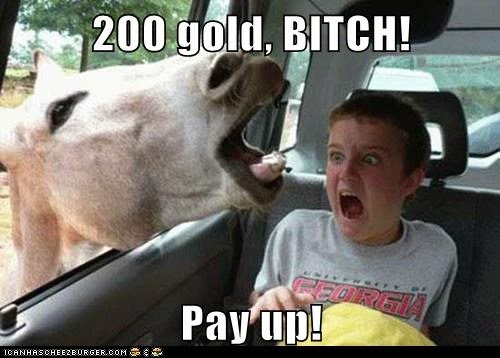 I have made this post so you can look at my horse and decide for yourself that....my horse is amazing. It happens that I have recently received two rather sweet mounts.

One is Strategists Steed offered via Kickstarter campaign for...Age of Conan Board Game (more info here). I was looking to buy that board game for some time and KickStarter offer loaded with extra stuff made it only a sweeter deal. Strategist Steed is a code which you apply to your account and then you receive the mount via /claim command. The Mount is account wide with unlimited claims and it a bit faster than swift horse (or at least as fast). The claimed mount icon is epic in color and surprisingly it has no description. 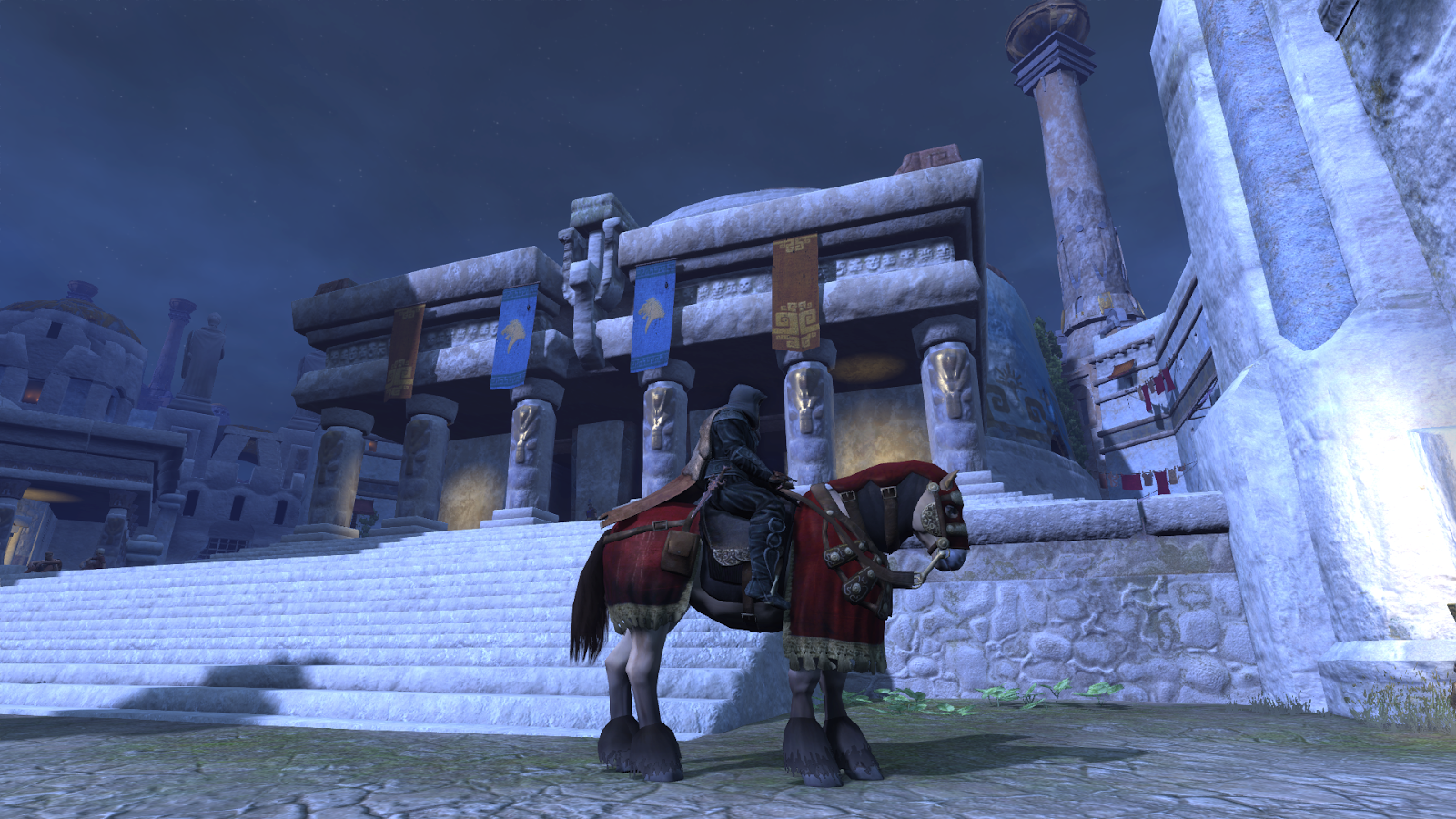 Tarpani Stalion is a different beast. I wrote about this mount in this post calling in an undead magic mount. Well you get this mount via quest chain which can be started when your guild gets to the 20 lvl renown. After pretty nice story you have to force an NPC to talk and he won't spill the beans unless you pay up .... 200 gold pieces. After you have stuffed NPC's face with golds he reveals that the horse is only "conditioned" via horrible means to be much stronger than other horses. That "conditioning" also makes it look undead which is... a plus in my book. This mount seems as fast as Hyrkanian horse, but then again I didn't test it and I don't know shit about shit (unlike Cynara who posted pretty definitive guide on mount speeds). The added benefit of this mount is +590 protection buff that you will get when mounted (might come handy during sieges or so). 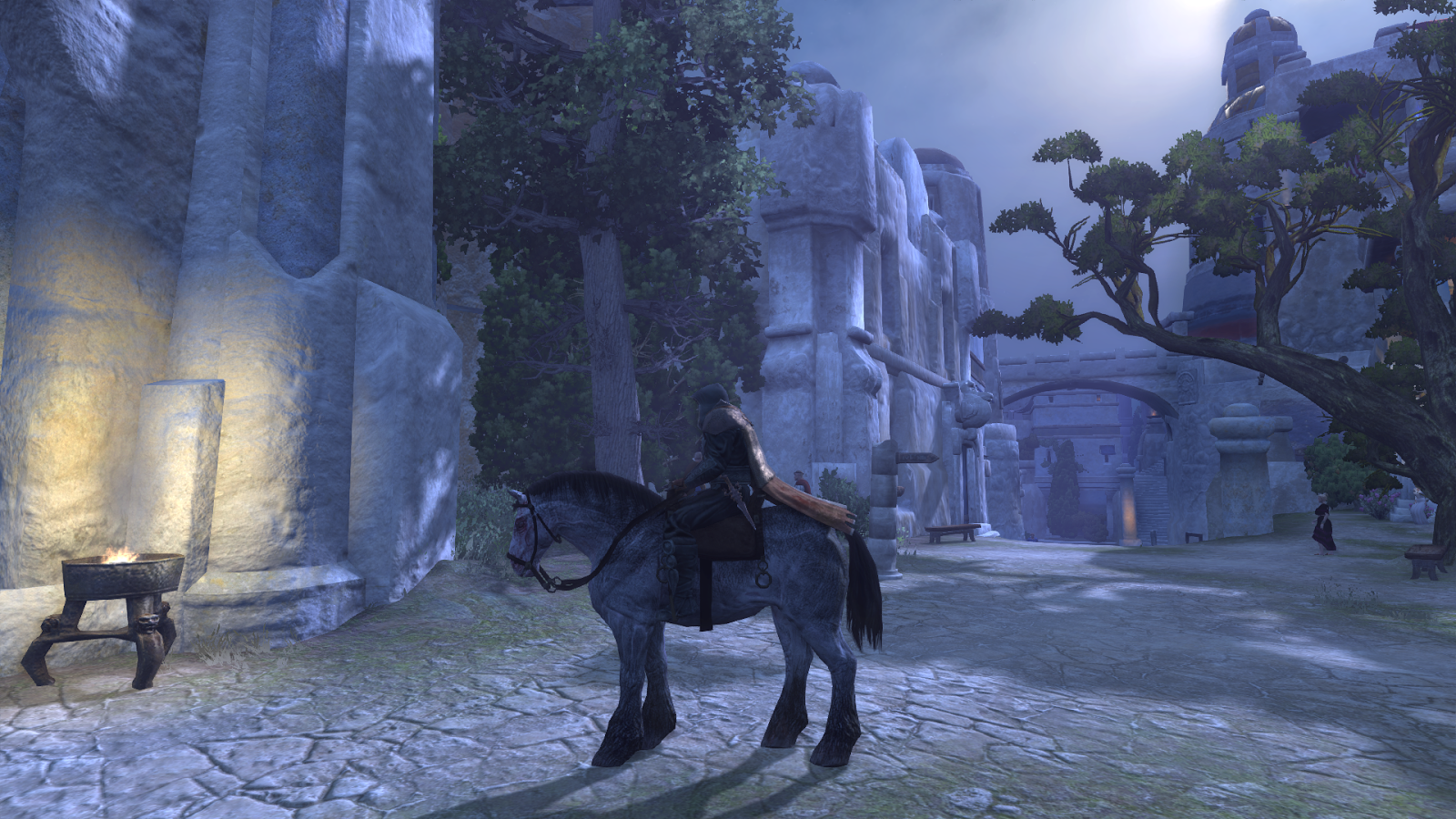 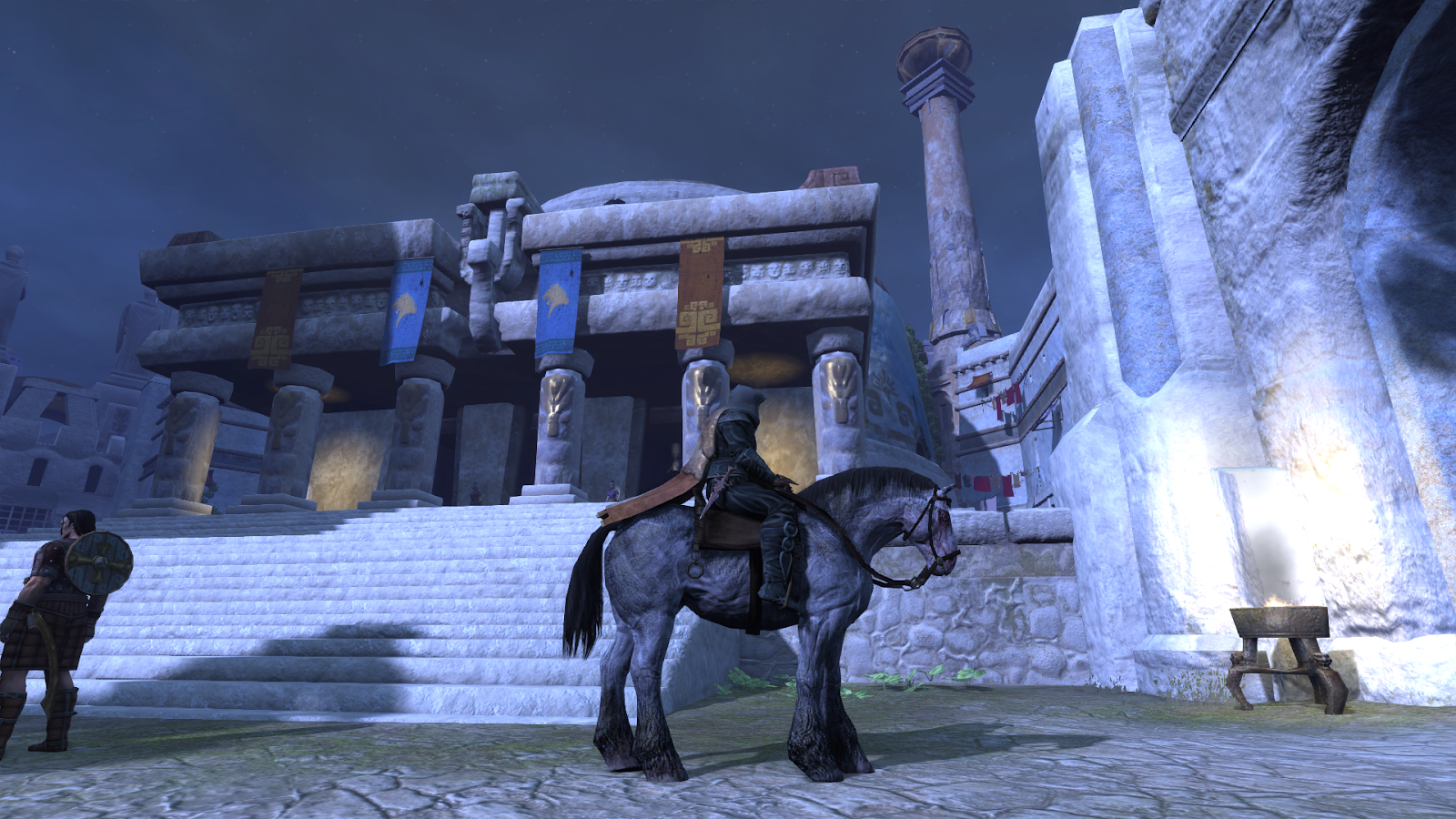