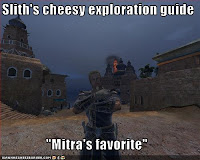 I swear it: Mitra himself must have been watching over me as I pulled this stunt.

Without further ado I give you:

The temple of Mitra 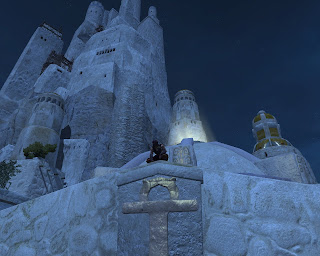 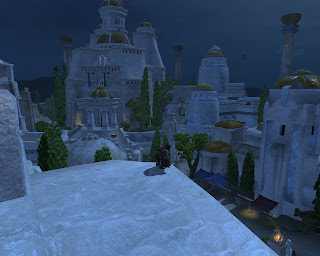 Getting to the place that will allow you to attempt the jump is a feat of itself so that is why I gave it 5 stars.
I haven't seen any screenshots of this so I hope that I am the first one (most likely not) to squat on the Temple of Mitra and gaze mysteriously at the people below. The view is surprisingly very very good. The temple itself opens up two routes so I am excited to explore that in the near future.
Posted by Slith at 2:44 PM

first of all me not showing the way but showing off the result is the "cheesy" part of my exploration guides :D

the real reason is that to an active explorer the fun part is actually getting somewere himself and just knowing that something IS possible gives you an extra credit: you are not wasting your time attempting it.

If I have shown you the way itself then there wouldn't be much to explore, now won't it ? :D

I am going to do a video ABOUT exploration itself and the essential techniques employed in the process of finding goals, cracking the way and doing the jumps/slides