Age of Conan has always struggled when it comes to loot and stats. Not many of you will remember the old stats system that came with the game back in 2008. It was a mess! The items were ridden with weird, useless stats while not giving any meaningful progression. You could pretty much fight naked and there would be very little difference. When FC tried to create more powerful items in the old system things like PVP armor those came out with absurdly strong resistances. Since there was no future for AOC under old system (that is up for a debate but that it my opinion on that subject) so second game director Craig Morrison decided to re-do whole stats system and roll it into update 1.5 (that was both BIG news and looooooong time waiting). The 1.5 update was more or less a a success, but the system as a whole was designed in a very short-sighted way. New stats system didn't have any modern solutions to limit gear power  (such as diminishing returns or hard-caps on stats) while AOC followed an absolutely unique to MMOs model under which 80 lvl was a max that would never be raised (not even by the single expansion that came out).
This created a scenario where gear progression was linear and people quickly realised that, apart from tanking, you really only need combat rating/magic damage and as much crit/bonus crit as possible. Then came the ROGS expansion and apart from new type of stats (critigation, tenacity) it brought more of the same: stacking huge amount of combat rating and critical damage. When T4 was finished it was pretty obvious that T4 loot is nothing than Khitai epics slightly buffed. It was evident that AOC had reached the point of no return: the stats could only go up and up to satisfy the players, but at the same time no dungeon epic drops should surpass what T4 had to offer. Prime example of this system backfiring on FC are  Dragon Spine dungeons that are offering epic loot which is only super marginally better than Khitai drops. I am talking about 0,67 DPS difference.  At the same time Funcom began to re-use old content in a form of "un-chained" dungeons: old instances got updated with new mechanics and loot. The developers wanted to keep whole Hyboria relevant to the players, but that also meant that there couldn't be absurd gap between somewhat geared 80 lvl characters and max geared 80 lvl characters. If T5 had same lineral stats progression as T4 had it would have been a catastrophe. More so with recent pvp gear changes that brought pvp and pve in line. Simple stats increase on T5 pieces would bring AOC to square one with PVE items being again superior choice for pvpers.

Luckily such is not the case with T5 and the solutions applied to that tier of loot will change the AOCs future when it comes to itemization.

So without further ado  here is a FAQ that I have compiled with the developer posts on TL:

What new mechanics will T5 offer to the players?
Finesse hits and set bonuses and mini-set bonuses

What are Finesse hits?
Those are "multi-hits"that can trigger on class specific abilities.

Won't Finesse hits totally ruin PVP?
Finesse hits will only trigger on NPC target so it won't work in PVP. This mechanics was specifically designed so there could be meaningful gear progression in PVE without affecting PVP side of things.

What are the exact numbers when it comes to finesse hits?
Finesse hits will be about damage...at least in T5. The damage on the additional hit will be relative to the lenght the animation and combo builders. The exact numbers are unknown and not yet finalized.

What are set bonuses?
Those are passive bonuses tied to gear pieces that are made available to player once he collects enough pieces.

How many items do I need to get set bonus?
First bonus is made available after equipping 3 pieces, next one requires 5 pieces and fully unlocked bonuses require 8 pieces.

Are set bonuses only applied to armor?
No. Accessories have their own mini-bonuses, However as for now pieces required to unlock tiers of bonuses belong to same category (armor pieces do not share bonuses with accessories).

Will set bonuses be exclusive to T5?
No. It's a new system that is supposed to be applied in the future to AOC items.

Will set bonuses be tied to crafting?
Yes.

What kind of bonuses will players get from sets?
Bonuses are tied to roles: DPS/healing or support/tanking. This is could change.

Will I be able to mix bonuses from future sets?
Yes. When more set bonuses are made available on new gear you could chose to max out bonuses with 8 pieces from one set or go for a mix of piece bonuses from two different sets.

What are mini-bonuses?
Those are bonuses tied to weapons and accessories. No further information was posted on this subject.

What will be T5 loot?
Full set of armor with finesse hit mechanic and set bonuses. There will also be weapons and necklaces with mini-set bonuses.

Will T5 be the Dragon Spine raid?
No. T5 are "unchained raids" tied to Dragon Spine area. Palace of Cetriss will be made into full blown T6.

Can you post the set bonuses?
Shit yeah I can: 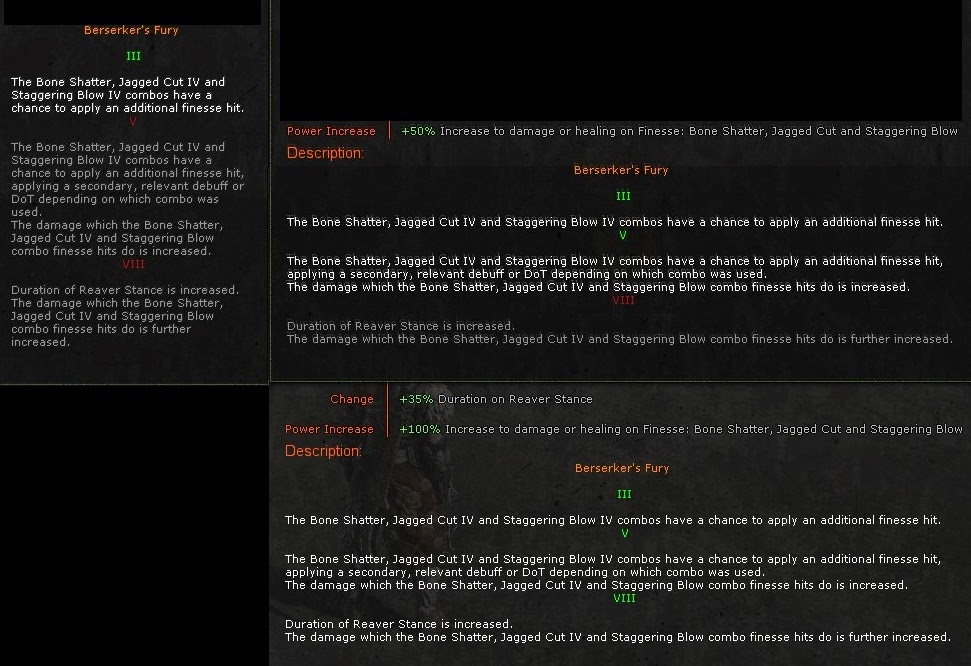 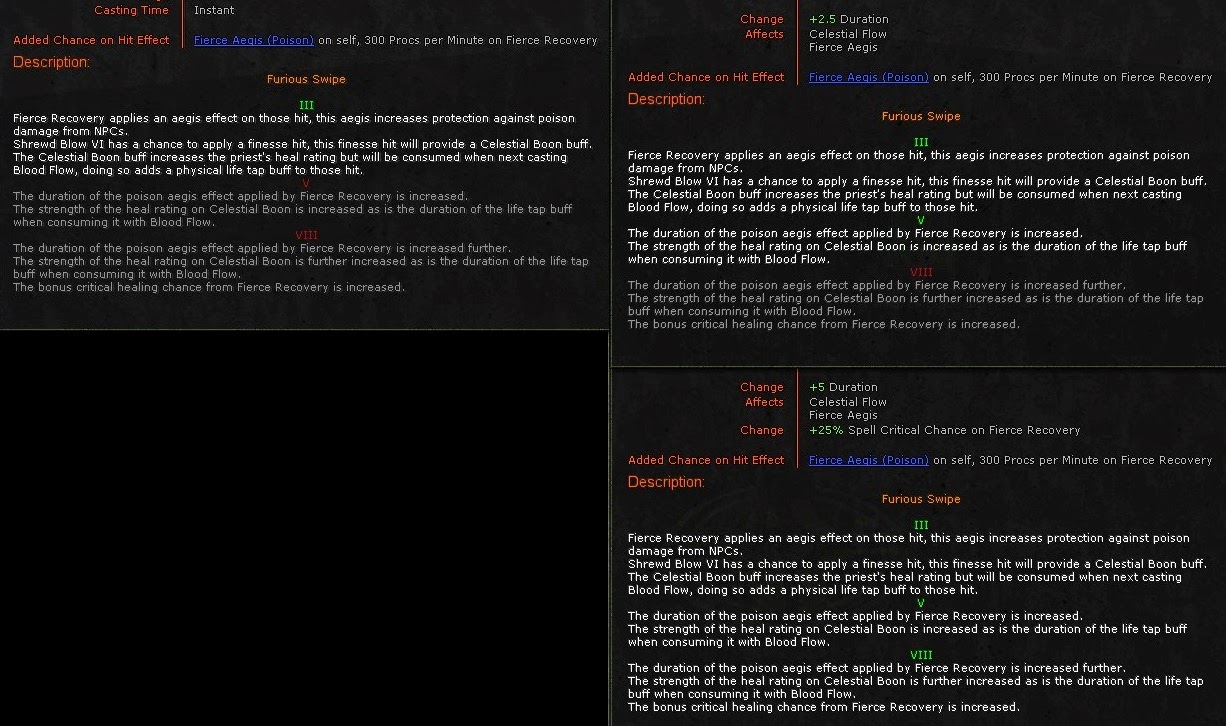 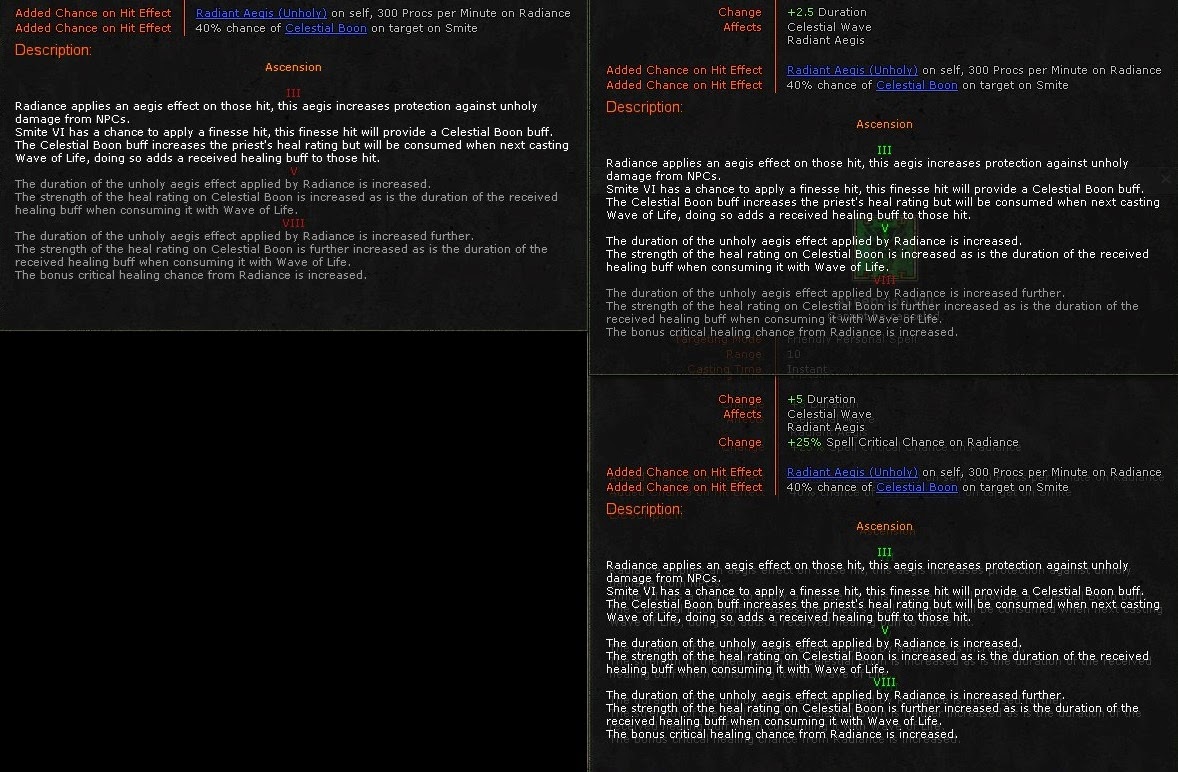 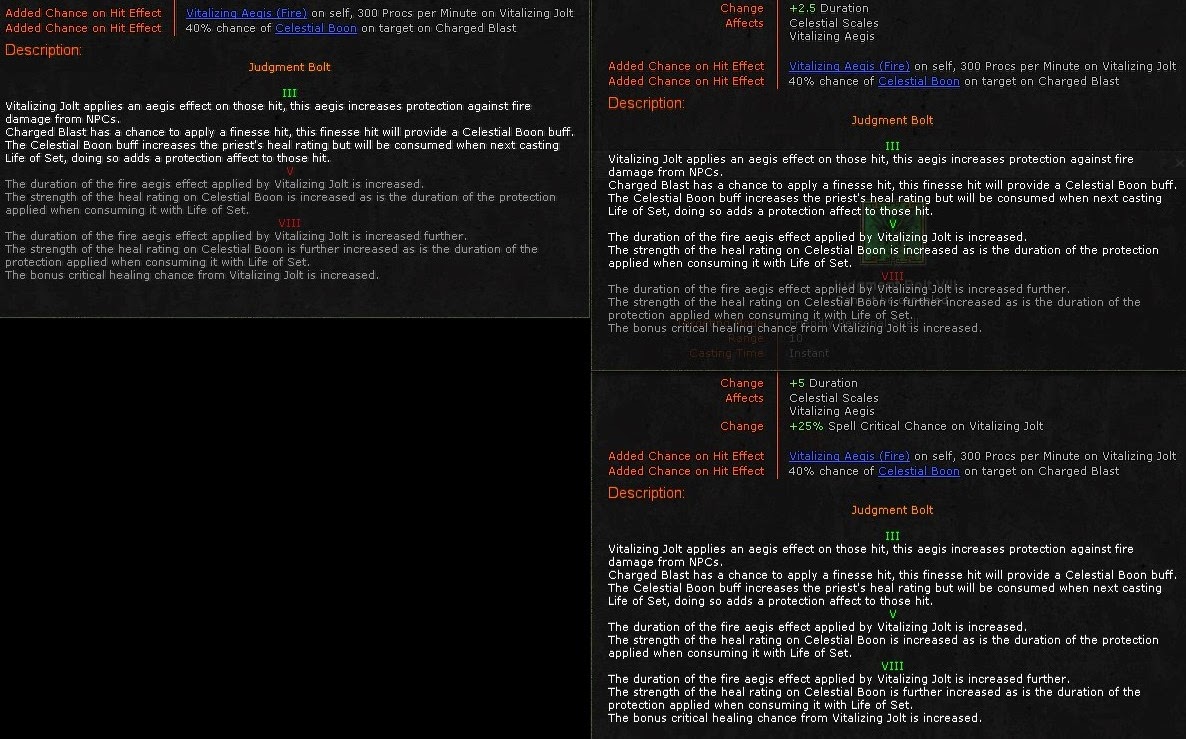 Interesting stuff, may have to check out hyboria again!

You need to be able to access the Dragonspine zone to get into T5. And Dragonspine is not open to f2p.