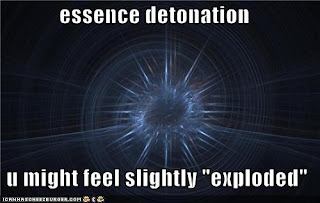 In this post I will be talking about Soul Strike. For many this miasma means only one thing: essence detonation. True, detonation is the main dish on corruption table, but it has other perks as well.

Since there are so many miss conceptions about detonation I will try to cover this subject from assassin perspective and from other classes perspective (not how OP it is, but rather how to defend yourself from it).


Before we go any further I will let you on a little "secret" the test dummy in your guild city/social summon has 0 armor and 0 protection. This means that your damage will stay pretty much the same regardless of debuffs you put on your dummy. Furthermore the spell penetration will also have 0 effect because there is no spell protection to be by passed.

Soul Strike (SS) without base poision


Soul Strike (as opposed to lotus dart) has a basic utility even when used without SDS/GC (base poison). Shortly after it's usage it applies a debuff  "Spiritual Torment". This adds -250 protection debuff against holy and unholy damage and can be stacked 5 times. The debuff time is 30s, but it can be refreshed. What this means is that it is beneficial for you to use Soul Strike on your target even when your grim corruption combo is on cool down because it will "soften up" your target for you and your allies. Furthermore Soul Strike on it's own can crit as a spell and add some small damage for "free". 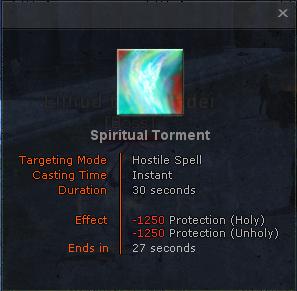 This combination is our only "instant" CC. This means that as long as your target has SDS dot on him you can use Soul Strike to consume that dot and stun your opponent. It is a great way to break opponent's combo or spell if you see it coming. Furthermore you can stack both SDS and GC effects to, at the same time, stun and apply essence detonation. This is beneficial for two reasons: it prevent your opponent from using a bubble to mitigate the damage and prevents any healing. 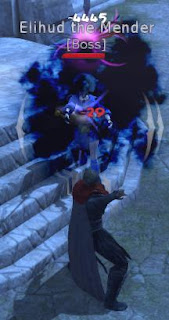 This is hot topic. Is is overpowered? Everything that you use against under geared opponent without AAs can feel that way. However things has changed since patch 1.6 that introduced as to detonation. You can now invest in AA passive perk that will give you better resistance against unholy type of damage and thus effectively lowering its effectiveness. So simple solution. Now I think that essence detonation is the king and queen of miasma and here is the reason why: everything that you do pre-detonation and the debuffs that you get post it will give you an advantage over any other miasma combination. In fact other miasmas get get more effective if they follow the detonation. Reason for this: GC will apply wrack that lowers resistance to all types of damages and debuffs against unholy/holy, you might also get burden to bear debuff if you have that feated in. After the detonation you will also get the above mentioned spiritual torment debuff. Your opponent will be greatly soften up for anything else you might throw at him afterwards, especially since large part of assassin's damage (if you are hybrid specced) comes from unholy type of damage (corrupted blades) and your vile corruption (feat that gives extra unholy damage when SDS dot is consumed) will also get a boost. Hell, even your SDS will get a boost since it does unholy damage.

The damage of detonation largely comes from your spell damage, rank of Grim Corruption is irrelevant - you won't get bigger bang from GCV than GCI.

You can upgrade your detonation via soul destruction feat. When maxed (which I do recommend) it gives +15 spell critical damage (and we all love when detonation crits) +15 spell critical chance (the more crits the bigger the damage) and 10% increase to damage. This feat makes an ocean of difference.

More so detonation does small AOE damage which is very beneficial in solo pve (since mobs tend to stick together) and in pvp to some extend.

Detonation, after you have used soul strike with GC debuff on, will go off in 4 seconds and will give visual notification in a form of large, black explosion.

Keep in mind one thing: Soul Strike as a miasma is a spell. This means that it can be resisted (detonation will not trigger) or in very unfortunate cases it will proc lotus overload on other assassin (which lasts 5 seconds so 1 second more than the detonation).

The reach of soul strike is slightly longer than your combos, but still you have to be pretty darn close to your target to apply it.


Detonation is also not always the super best choice. The damage is delayed and during that 4 seconds anything can happen, including your opponent getting massive heal or using a bubble/dull pain. Some times the face stab might be better (low armor targer with low health) and some times the Deadly Venom (aka lotus dart). As a rule of thumb you should use the detonation on highly armored target. There are 2 reasons for that: 1. tanks have more armor than protection and detonation is checked as protection 2. assassin have more spell penetration than armor penetration is detonation as a spell will have higher chance to by pass the protection (penetration is a topic for a another guide).

Lotus pet: gray lotus - this can destroy your opponents in open world pvp. Good for solo pve too.

Spell penetration - the more you have the better. You can get both feat and perk for this, or even gem your off hand cultural dagger with gem called Bel's Mirth.I will cover more about penetration in a separate guide.

How to defend against the detonation

By knowing how your opponent can defend you will get better at using it so lets go over the basic.

Bubbles - classes like Bear Shamans, Conquerors, Priests of Mitra, Tempest of Set and Guardian can put up a barriers (aka bubbles) that will absorb all of your damage from detonation. There is nothing really you can do except anticipate the bubble and using the CC at the right way. Against spell casters choking powder might come in handy to prevent the shield from going up.

Dull pain - the king of assassin vs assassin combat. This will reduce the damage of detonation to mere couple of hundred points. If you see the dull pain going up (golden leafs flying around assassin) then consider not using soul strike and leaving GC just for snare or consuming it for face stab (which is NOT a spell, it does piercing damage and thus will not be mitigated by dull pain).

Lotus overload - if it procs it will mitigate whole damage

Side step left/right - it will grant you some immunity. If you mitigate detonation this way you can call yourself lucky, but it is worth a shot

Interrupt - grim corruption animation is pretty long (especially GCV) and it cannot be skipped no more so watch for assassin starting his combo and interrupt him at the very beginning. GC will go on cool down and you will be safe from detonation for a while.

Running away - some times running away might be best option. Break snare that comes with GC and sprint away.
Posted by Slith at 11:13 AM