Last night the 1.5 hit the servers with tons of assassin changes. Without bullshiting you with my blah blah blah lets go down to business:
Item revamp - link to notes 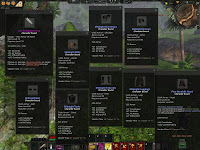 As you can see my PVE crap gear aka not-so-full-midnight set got totaly reworked along with my scorpion daggers. Ofcourse those stats are meaningless to me....right now, because all of us need to set their minds on new rules. Overall it seems like a better, more clear system that is user friendly. Without doubt FC can now crank out new items that will progress your character in a more visible and easy to understand way.
My rating: 5/5 Good change 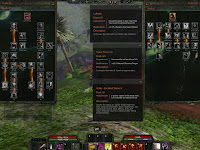 Without doubt rogue tree changes screwed any hybrid build and screwed it hard.

Quick recovery - adds stamina regen. Its a 5/5 feat and you need it to progress into tier 1 of the treee. More stamina is good.

Excellent balance - 1/1 feat. It gives resistance to knockback as it used to along with instant stamina recovery.

Lethality - 5/5 feat. New tool in the tool box and a big disapoitment. Lethality adds up to 17% more damage based on your weapon damage. No doubt it is a great stuff for barbarians with their huge axes and epeens, but we assassin fight with TOOTHPICKS and a good chunk of our damage comes in fact from our stance that adds +posion +unholy.
My rating: 4/5 Leathality needs to be reworked. 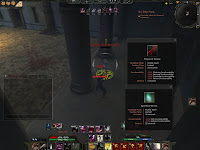 It is a step into right direction with few flaws.

Lotus stance GC - finaly a debuff for some armor. It benefits you and all of your allies. Vile Posions now shines with +15% dmg and -10% posion debuff from a single GC hit.

Please note that Grim Corruptions now SHARE cooldown. Thats right, no more GCIV + GCIII snare stack, or GC+Sense Weaknes chain-o-critin'. Take other GCs off your bar because you are married to GCIV now. Don't like this change. I would make GC's debuff NOT STACK and STANCE DEPENDENT (more on that later). If you can't snare running caster with first GC for whatever reason, you are now stuck with nothing to keep him less mobile. Not cool.

How to exploit Burden to bear and Lotus GC? Preload GC in Lotus stance, land it, switch to Unholy and wait for your -25% invuls stack. Needs a fix.
My rating: 2/5 Step into a right direction. Needs A LOT of work. 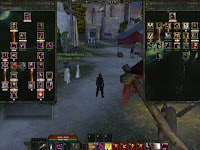 Here is what I have specced for this test.

Corrupted body - yes, it is good, but why oh why giving us yet another magic debuff when we need guns and armor? I say corrupted body should buff the armor we are wearing so we can HOPE to survive in melee group fight.

Flesh necrosis - I won't beat a dead horse, the devs have clearly not worked at all on this feat. It still gives crap damage for 3/3 investment. Linking FN to new Corrupted backlash would be smart only and ONLY if FN is fixed.

Arcane backlash/Corrupted backlash - lets get real, for 9 point investment this is not all that great.Basicly it gives some damage from time-to-time that might or might not proc. The very mechanic looks promising thou.

Here is how I would twist it around: corrupted backlash should add a dot, not a single hit. The DOT can be consumed by Flesh Necrosis and would work like full 5x stack of flesh rots (assuming the whole FN will get a buff). This way we would reward fast thinking player who, by watching the Corrupted backlash procing, could get more benefit from it and quickly use FN for more damage. I rather have corrupted backlash giving one good DOT than procing radomly with crap damage. Lotus is already very random damage based, we need more stuff than we can use when needed. Precision is the key.

Curse of lotus - it got caped on 12 targets. I guess that is resonable.

Lotus overdose - it got buffed with crazy weapon damage and +40% magic damage. So? It still has mind blowing cooldown and a potent debuff that we have to suffer through. 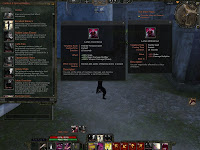 Kidney shots - this must be a joke. Lunge, 10s duration with 20s cooldown buff, gives 70% weapon damage while fully stacked KS gives us ...65%? Clearly devs must have made some typo while tweaking this feat. No need to go crazy here, just fix your mistake guys, and add some mechanic that will make KS diffrent from every single other buff while you are at it. 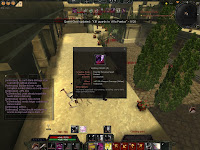 My rating: 2/5 Fc didn't really give much tought to the lotus in first 1.5 build. 1 point for new mechanics, but the rest of changes are bad.

Corruption/general specc
Now that we are done with Lotus - FC's illegitemate son - we can go through Dev's favorite firstborn - CORRUPTION. 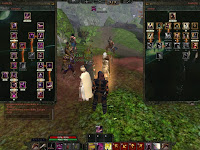 Here is what I specced (its a bad specc, but allows for full test)

My general feel of Corruption - god more. I am not even kidding - I have ripped through Villa content like it was nothing. Corruption now has full range of tools for dealing with everything thrown at it. 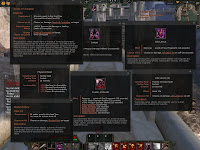 Lunge - 10s duration, 20s cooldown, 70% weapon buff. How could you ask for more? Right now corruption has corrupting strikes, soul strike and lunge all on small CD with 10s duration and a lot of punch. Say hello to great feats for sudden bursts of damage and new lunge compleates the corruption tree.
Seeds of corruption - not only they debuff heals, but can also add nasty and instant damage. Can't knock back those damn healers? Well you sure as hell can debuff them and explode into whirlwind of spike damage. Stack seeds of corruption-->GC-->Death Whirlwind. Sounds like a lot of smackdown in a very short time. I like it and will proves to be a great tool in group pvp.
Burden to bear - obvious fix to a semi-broken feat. It just WORKS now. Thumbs up.

Life leech - it is too good now. For 236 per hit you can get as much as 1180 HP back from a single combo with 1 shard investment. Thats almost 2 HP pots, instantly. Why would you wait for slow Golden Lotus Extrac ticks when you can have this baby?

Posible solution to life leech - buff up heals to 250 hp per hit and make every hit consume 1 shard. With full 5 shards you can get 1250 HP back, but you have to make a tough decision - get damage from other feats like CS,SS,DWW etc. or heal up. This change would make Soul Prison more viable as shard generation would mean a lot more than now because the only REAL shard hugger as in 1.4 - 1.5 is Death Whirlwind. Please consider this.
Avatar of death - a bit of damage nerf, but considering its buff - it is still a holy grail of assassins 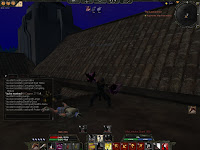 When activating avatar you will get a cool little efect on your hands that will indicate to your opponen that dark powers are at work. Sweet. Oh and with Lunge cd on 20s you would be stupid not to stack Lunge with Avatar. Say hello to 140% weapon damage.

Unholy armor - here is where its at. With 1.4 unholy armor assasin were getting +10% resistance when in unholy stance which was fixed at that ammount. Lotus assassins could get Toughness feat to give them extra +3,5% ress and with a little better gear they could be closer to what Corruption offered while still remaining a lot worst in terms of melee fights survival. With 1.5 changes unholy gets +100% armor bonus. Thats right - the more you have the more you gain.
Lets look at solid numbers:

Conclustion: without tougness feat lotus has 2 times less armor than corruption with roughly 10% vs 28%. With even slight item diffrence corruption grows beyond lotus in terms that we can't even imagine (or can we?). Lets keep in mind that corruption already benefits from WHOOPING +10% evade, giving it a 100% bonus and not a fixed ammount of armor will grow into a problem fast. While going though villa not once I was close to dieing with 2,3,4 even 5 mob pulls and I wear blues, think about that epic items.
Suggestion: corruption needs to remain superior to lotus in melee combat, but lets not go nuts. Needs some tweaking.

Closing notes:
Corruption is almost done, but Lotus needs all the hugz and love it can get. For big list of Lotus suggestions and issues see my 1.5 Lotus post.
Posted by Slith at 1:09 AM

Enjoy reading your work, as always. But man, what are those bindings in the screenshots? O_O