Oh man, I am enjoying this 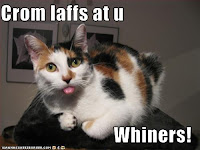 I am having quite the laffs at others expense over the test live forums. Let me tell you a little secret: when certain classes where underpowered like assassin and DT, others rolled totaly crazy classes like TOS, BS or BARB that are simply mind blowing in both PVE and PVP. Right now the Devs are taking those classes down to their archtype: they are nerfed into healers and rogue. Can you imagine TOS dpsing more on raid than demo being squized into "healer's stinky pants"?
Here are the results:

This patch TOTALLY nerfed barbs and totally overpowered soldiers..
I mean what's the sence of getting in a fight against a conqueror that deals more dps than any barbarian, doesnt get damage and kills you so easy...

I dont really know if funcom really thinks about what they do...
I play a tos myself and i agree about the fact that the sc crits quite hard. so in my opinion it is justified to lower the damage of the sc, but not as hard as this cause you spend 12 points on it and receive a damage output of max 200.... thats just a joke.

hi all,
bearshaman is now realy crap in dmg....

SC feats are broken. fully feated it does 100-150 dmg with a full t2 tos.
its not nerfed, its broken, and useless.

and....so on :D The ammount of Assassin whine? Zero! Single thread made with developer enex posting:

Thanks for this detailed feedback Slith

But what I am suspecting is that its not the class or the changes that make people whine - its the players that are playing those classes. When the necro was god, games were filled with necro, TOS have been top of its game for 9 months now, BS was greatness since ever so no wonder that people are upset with going "from hero to zero". On the other hand if assassins got nerfed now we would probably take it with silient dignity just like we did on hybrid specc being pretty much taken out of the game for us.
So I am sipping my coffie on lunch breaks and reading through all those hart filled threads where people are swearing to leave the game is 1.5 hits live:

This change to NF necros are complete BS. If you wanted us to be such pet dependent, you shoulve left the freakin lich class in!

Funcom, if you nerf NF necros this bad, you will lose yet another customer. Curious who else gonna leave?

Their sufering is almost amusing.

BTW have you seen HOX'es new avatar? Its "mega-manga-dragonballz-crazy-anime-shit" :D Can't believe some graphic artis down at FC thought for a second that it looks good. 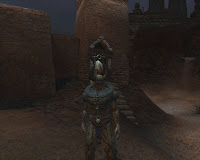 To sum it up: if you are one of the nerfed classes don't even try to provide detailed and constructive feedback, just keep making new threads with words like "nerf", "useless", "I quit", "its sucks", "OP", "stupid changes" and expect things to turn out great :D.
Posted by Slith at 12:41 PM

I know it's matter of taste but I think the new look of the better demonform is cool. :) Too bad the ugly old one is still there in the Desecration of Xotli.

It is totaly a Warhammer demon. This is WAR chaos style to the tee;