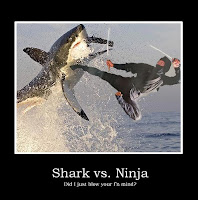 Since we're close to wrapping up the Assassin revamp, we wanted to get a bit of a preview out to players so you guys can read it over and familiarize yourselves with the up-coming changes to testlive.

When we sat down and looked at the Assassin and went through the community feedback, we felt there were a number of improvements we could make to the class in several different areas. We have generally taken a somewhat different approach to the class revamps which have occurred since the 1.05 patch, and this was applied to the Assassin during the course of its revamp. Among other things, it involves giving a revamped class some unique set of mechanics that encourage meaningful tactical choice on the battlefield. But also a distinct identity in how the class feels and plays to the player, as well as opponents facing the class and also how the class is viewed by group members. Another goal is working towards feat trees are capable of supporting a sufficient number of viable specs, and cross-specs, as this further increases both battlefield strategy and character identity.

Specifically to the Assassin, one area where we got a lot of feedback was the existing orientation of the trees to being somewhat explicitly “vs. caster,” or explicitly “vs. melee.” For the revamp, we decided to tone down this explicit split, as we felt as either tree should be capable of doing either job, but in different ways. Obviously there will always be an implicit division, as one tree or another will be simply be deemed more optimal for some activity or another, and this is just due to the fact different feats do different things. In general, we felt the most favorable situation was one where the differences between the trees can be measured in terms of how the players like to play the class, instead of what goal does the player want to achieve.

Another area where we've had a lot of feedback was the Soul Fragment mechanic. We decided to keep the general concept of Soul Fragments, but greatly improve how they work, what they do, and how players interact with that system. We also extended Soul Fragments so they are relevant to both trees, and deeply tied to a certain category of abilities.

Also, it should be noted that the concept of stances have been completely removed from the Assassin in order to better support dual tree specs. The character power that was granted by these stances has been distributed to other feats.

In addition to the Soul Fragments, we decided to add a mechanic we are calling “Toxins,” and this is described in the next section. There are also a large number of general improvements to feats which include new feats as well as changes to existing feats, and I'll explain these in the next post.

A Miasma is an ability which deals physical damage , poison, or unholy damage. If applied to a target who is also affected by a Base Poison, the Miasma will have an additional effect.

Miasma: Face Stab is a core Assassin close combat ability that does physical damage which is multiplied by the number of Base Poisons applied to the target at the time of its use.

Note that while Miasma: Face Stab removes Base Poisons from the target, it does not apply a Toxin, and instead applies a simple damage effect. This is to reflect the fact it is a core ability.

Miasma: Lotus Coated Dart is an ability feated in the Lotus Tree, which does a small amount of damage over time. This ability may be used from a maximum range of 20m.

Note that if both Base Poisons (Grim Weakness and Dread Venom) are running on the target, Miasma: Lotus Coated Dart will cause both of them to be replaced by their corresponding Toxin.

Miasma: Soul Strike is an ability feated in the Corruption Tree. This ability does a small amount of unholy damage and applies a Spiritual Torment.

Note that if both Base Poisons (Grim Weakness and Dread Venom) are running on the target, Miasma: Soul Strike will cause both of them to be replaced by their corresponding Toxin.

The Soul Fragment system has been changed as part of the Assassin changes. Assassins will regenerate Soul Fragments at a rate of 1 every 8 seconds.

This ability reduces the amount of damage taken from Fire, Cold, Unholy, Poison, and Electrical sources by 30%/60%/90% for a short time. This ability requires & consumes 2 Soul Fragments.

This is a combo that does a knock-back on the target. It works on targets of medium armor and lower. This combo consumes 1 Soul Fragment.

This combo deals poison damage. The combo consumes all Soul Fragments and the damage of Grave's Blossom scales with the amount of Soul Fragments consumed.

This ability provides immunity to fear, stun and root effects for a short time. It also significantly increases the Assassin's damage, and the Assassin recovers a large amount of Stamina over time. This ability requires & consumes 4 Soul Fragments.

This ability is a targeted area of effect which causes a fear in all opponents caught in the area. It is checked against charm immunity. This ability requires & consumes 2 Soul Fragments.

This ability increases the assassin's movement speed for a short time. It requires & consumes 2 Soul Fragments.

From the Darkness (Row 5)

This ability causes the assassin to charge his target, additionally causing damage and rooting the target. It requires & consumes 1 Soul Fragment.

This ability applies a fear effect to the target, and also slows the target's movement. This ability requires & consumes 2 Soul Fragments

This combo deals unholy damage to all nearby enemies. The combo consumes all Soul Fragments and the damage of Death Whirlwind scales with the amount of Soul Fragments consumed.

This ability provides immunity to charm, root, knock-back, and snare for a short time. It also increases damage, and grants a 30% increase to all stamina and health taps. This ability requires & consumes 4 Soul Fragments

This ability causes a stun to all targets in a 180 degree frontal cone. It is checked against charm immunity. This ability requires & consumes 2 Soul Fragments.

These are the changes to other assassin feats, not mentioned above.

Flurry of Blows (Row 2) – No change from Live, other than moved

Cat's Paw (Row 3) – No change from Live, other than the cooldown has been reduced to 2 minutes

Flesh Rot (Row 4) – No Change from Live, other than moved

Impede Essence (Row 6) – Passively improves Impede Life combo to cause the target to lose Stamina and Mana over time.

Lotus Weapon (Row 6) – No change from Live, other than moved and now linked from Flesh Rot.

Spirit of Nightfall (Row 3) – Passively reduces hate, and grants an ability which moves the assassin down one step on the hate list for all foes within 5m.

Dark Weapon (Row 4) – No change from Live, other than procc rate has been increased

Dread Weapon (Row 6) – No change from Live, other than procc rate has been increased.

Combo – Blindside (Row 6) – No change from Live, other than moved

Bewilder (Row 6) – Adds an additional effect to Blindside where mana and stamina is removed from the target in a single hit.

Burden to Bear (Row 7) – Grants the Assassin's attacks a chance to procc a Physical Torment (-900 Armor).

Vile Corruption (Row 8) – Causes the Assassin's target to take additional unholy damage when the Dread Venom Base Poison is consumed by any of the three Miasmas.

Expect to see the revamp on TL this week or the next. They are not releasing any previews months before but right before the TL patch.

We have waited for long, the wait is finally forever. The wait made me so imcomplete that I cannot even bear with this no more. The sin revamp? Moses? The moses?