Epic stories, big epeens - ep.3 blast from the past

As 1.6 draws near I often think about the old days and how aoc has progressed and how it will do so in the near future. Here are some random snipets of Assassin and Age of Conan past that were quite memorable for me.
#5 purple candy

Did you know that aoc used to have world drops? Yep, you could be grinding on 80lvl mobs and boom - a rare purple item drops which would sell for good coin. The world drops were removed after the infamous incident with Potain's demons. Basically those demons (very easy to kill) were dropipng blues and epic at alarming rate. I mean it: epic drop every 2-3 demons! People got their pockets stuffed with epics and great stuff was selling on trader for 2-3g gold (right now: 150-200g). I personally have given away atleast 2 epic items and got both 2 x scorpion's pray and 2 x widow's pain daggers. If you see those on trader now you can be 100% sure that those are being sold by a returning player who got them off those demons. I wish, OH I WISH I have had the foresight to keep those epic items and let them accumulate value. Me = sux. See the article on this "event" on massively.com
#4 THIS GUY!
#3 http://www.aocassassin.com

Aocassassin.com was a forum dedicated soley to assassin class and believe it or not it was quite active. There was a lot of "insider" information being posted on that site and it was "a place to be" for all assassin fans. Sadly the creator of the forums got very angry with FC (man, I have been there..) and closed down the site with this statement: "THANK YOU FAILCOM". Well, it was fun ride while it lasted..
#2 ZOMG! You look like ninja! 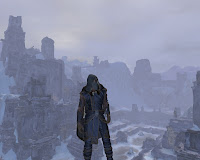 In the very first couple of months people were wondering what the end game is like. Back then assassins were wearing RAGS straight from 1 to 80 lvl so our outfits had very little to do with ninjas. Then came the Sniff with his screenshot that showed his 80lvl assassin geared up with midnight set (without the hood). This screen was passed around like there was no tomorrow, everyone wanted to look like this. In order to get this set you had to kill camp bosses in epic Kesh instance. The bosses were a little bugged so you could pull the boss without the adds. Right now no one wears this set because it has very crappy stats and it is a pain to get. I still keep it in my bank thou..
#1 Gem era
Not only the AOC did not reward pvp in any way (no pvp xp or gear) but you also had to suffer through THIS bullshit. I think the most players in aoc history left because of this exploit. Also - it took forever for FC to fix it and what they did was nerfing the gems to the point that there was no reason to use them no more.
Posted by Slith at 3:54 AM

AHHAHA dude I have seen all this stuff!

lol, its from last week.

hahaha someone SHOULD buy that overpriced pice of shit :D

that doesn't change the fact that it is an ULTRA rare item right now ;p

Your random crap is excellent. :)

That blast from the past made me look my old screenshots. Oh the times when BS was able to get 50+ kills in minigames. Now I'm glad if I get 5 kills!

Hihi, I still remember very clearly when Holt, Ulthae and Braubah were out for the first time in Kheshatta and BAAM! Comelius charged and made 3 fatalities in less than 10 seconds. :)

Man... Those were the days.