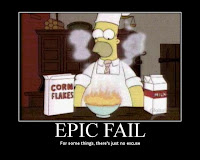 I have decided to do 6 months reviews of Age of Conan development from PVP Assassin perspective - this will be one of many reviews because I am sure I will stick with this game to the bitter end.

The good:
Client - Funcom impoved the stability of client which is like ..."meh" because I have never had problems with it. I guess the FPS rate got better so I can run this game on medium and enjoy fluent PVP. Good job here.
Rating: 9/10

The bad:
Crafting - crafting is nonexistent in this game. All I do is craft some food for my personal usage and thats it. Gems are broken beyond belief so I did not even bother to progress any further.
Rating: 1/10 EPIC FAIL

Itemization - Ever since I did about 15 epic KESH runs I am wearing same gear - Midnight set + PVP lvl2 stuff. If you don't raid you will have nothing to upgrade your gear. Everyone looks the same. Funcom boasted about their freaking 1500 armor sets and social clothing, but I yet have to see them.
Rating: 1/10 EPIC FAIL

PVP minigames - minigames are broken. People play on the same map over and over, Totem Torrent is out of the question and there are no rewards for capturing the flag - if you go for them I usally means you are getting you ass farmed and your team wants to end the game quick. There is no deepth to minigames. I do minigames and I do them a lot, I just wish they were better.
Rating: 4/10

PVP XP - Its harder than HARD to progress in PVP XP - instead of having few tiers where you get new gear and bonuses FC made getting to lvl 5 super hard and time consuming. After all that killing and XP farming you get you assassin set which will make you look like stygian WHORE. Also FC allowed "guild leave + farm your guild mates" which allowed total noobs to farm their lvl4 in matter of 2-3 weeks. FC ignored that issue regardless of player's feedback
Rating: 1/10 EPIC FAIL

Class balance - Just roll Necro or a TOS FTW. TOS got 6 month of non stop ownage with +3k critz while being a healer and Necro get insta crits from spell weaving and there are no signs of nerf coming.
Rating: 1/10 EPIC FAIL

Criminal/murderer system - it is broken. You will get flaged criminal for defending yourself.

Guild dyplomacy tools - There are none. There is no support for guilds and server politics in AOC.
Rating: 0/10 LEGENDARY FAIL

RP support - beside GMs that take actions on petitions regarding naming violations there is no support for RP in this game. We got fancy emotes but we can't even sit in a tavern and drink a beer in a WORLD OF HYBORIA FOR FUCKS SAKE! Lack of social clothing makes it even harder.
Rating: 3/10 (for emote system)

80lvl content for non Raiders - you can grind Villas for crap money. If there are no people for minigame you got nothing to do except bitching on guild chat.
Rating: 0/10 LEGENDARY FAIL

Updates - it takes for ever for Funcom to do any update. I understand things take time, but they could do small additions to keep the community happy and they don't. Bugs also take for ever to fix (female attack speed being the prime example).
Rating: 2/10

Keeping the dates/giving out ETAs for updates - they doesn't.
Rating:1/10

Don't care about:
I don't care about PVE/Raid content. I don't have an alt so I haven't done any Ymir's pass quests. Raids are just not for me.

I know this 2008 review was very negative, but I wrote how I feel about game and FC - in six months they could do SOOOO much better. Funcom has a lot of work to do in 2009 - I hope my next review will be exact the opposite because things will take turn for the better.
Posted by Slith at 7:56 AM

Nice review dude!
its all true.. post it on forums ;)