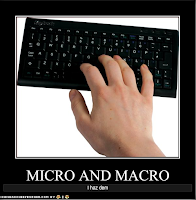 As AOC is very “keyboard” intensive game there comes a point where you have to find proper balance between your micro and macro.
I consider micro the buffing, debuffing feats and defensive stuff/anti cc, while macro will be using your main damage dealers and healing/stamina recovery management..

Micro skills (from now on I will refer to feats as skills as well) don’t have the generic use and in order to be used properly the user has to apply them to specific situation:

Example: droping escape artist in the middle of no were will do you no good (this is no brainer)

Macro skills will be the stuff you will be using ALL the time and whenever it is possible when engaged in melee combat (since assassins are DPS class and doesn’t have supporting skills):

Example: you want to hit with your highest possible SS whenever you can.

What you don’t want to do is having whole bunch of crap skills that you forget they are even there. Here is a good example of crap PVP Build:

People want to squeeze everything out tree and they end up with a bunch of skills that not fully feated and thus gimped. The point is: micro takes it’s toll on macro – if you overdo micro with bunch of crappy skills you will end up with lower damage output because when you should have been droping SS10 you were trying to land Sabotage armor that will last 3 sec and fade out before you do anything.
I have seen many times people posting their builds where they put 1/5 into the feat just to get it, regardless of how viable that feat will be in fight (EB being the single exception – do get it for 1/5 or 5/5).

Assassins need to focus and specialize (which probably is a good idea for all classes) – there is no point getting both burden to bear and soulstrike whenB2B debuffs piercing ress and soulstrike converts combo damage to unholy damage. You need synergy.

I won’t even go over “clickers” – people who use mouse to fire up their micro skills (hopefully not combos too) – taking too many micro skills will literally kill them.

Don’t get greedy when picking you buff/debuff skills – your core combos are more than enough to deal with your opponents, focus on upgrading them via feats points, get the passive stuff and then top it off with buffin/debuffing.
Posted by Slith at 2:34 AM