Long awaited 1.4 patch hit the test server so it is time for some review:

Assassin changes:
Oh nothing major....only FREAKING 50% snare to Curse of Lotus aoe fear! Great boost for both pvp and pve.

- Timers were added for buffs/debuff/food etc. Nice litte feat, but I hope it can be disabled as Lotus assassin has A LOT of timers it tends to be distracting. 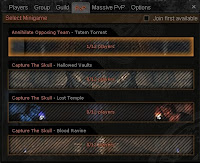 - minigames interface allows you to keep track of how many people apply for map/game. Very nice addition and slick ui. 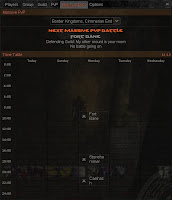 - massive pvp ui got somesort of callendar. I don't know much about it, but looks good. 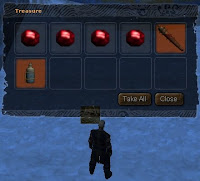 - Treasure chests spreaded around the world are holding new phat lootz - I found only one chest, but it looks promising.

- mobs can now fatality your sorry ass. Also when you die the camera zooms on you. Nice addition, kudos FC!

Villas:
I do a lot of Villas (I know most people hate them) when waiting for minigame (I listen do podcast then) - it's very relaxing. There have been two major changes to Villa content: 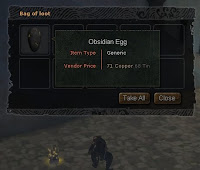 Tree of woe:
- This change is NOT WELCOMED! FC yet again made Villas EASER by nerfing "aggro radius". You can now pull mobs one-by-one regardless of how close they are to each other - same mobs used to aggro everytime when I attacked one of them. So now there is no challenge in Villas as you can Shot-to-pull, Kill, pot, repeat. I honestly hope it is a bug.

- Client is unstable. I don't really care about DX10 stuff, I rather have game running. Seems like graphical and client bugs are behind every corner.

Also: I am sorry about the youtube videos, I had to make them really small because someone on my lan decided that it is porn-downloading-day and my bandwith got slaughtered.
Posted by Slith at 5:59 AM