Here is my review of 1.4 solo dungeon - The slaughterhouse cellar: 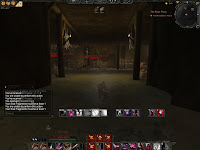 Nothing special. You would think that walking into cellar that is populated by savage picts where dozens of people were killed and where slobs of meat are rotting you would see something like REALLY FREAKY STUFF THAT WOULD MAKE YOUR STOMACH TURN. No. It is quite clean place - the picts are taking good care of it. You can barely notice crates filled with meat. 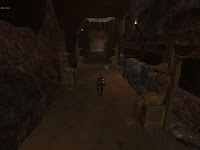 You will see mix of "cellar", acheronian architecture and caves.

Room for improvment: more meat please. This place should be all about tons of rotting meat and corpses. There is quest in Old Tarantia Noble District (green cape man or something like that) where you investigate where the rotting meat comes from. THATS IS exacly what I am talking about. Blood, corpses, rats, dust, spider webs.

The mobs
Quite a few bosses. The picts must have been trained by Villa guards because they do same tricks with their swords. You will face sword + shield picts (not VERY pictish! Give them AXES) and bow picts. Good thing FC did not add any shamans as mobs because casters are a rare rare thing amongst picts. You will get knockedback a lot, and if you get cought by bow fire - run, because it will get you down FAST. 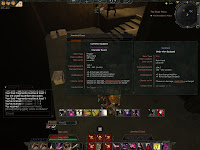 I got one blue drop and by Mitra - it wasn't belt, boots or other 80lvl stuff droped en masse in Villas, but a BLUE WEAPON! Oh joy!

Room for improvment: Picts are savage warriors that fight mostly with clubs or crude axes - don't give them swords and shields.

Ghosts
I was really looking foward to this: the cellar was supposed to be haunted by ghosts of the people traped in cellar and then mercilessly killed. Well I found...one ghost. Talking about need to call ghosts busters eh? 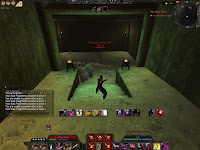 The drop was slighty better than 80lvl midnight chest (added more HP) so considering that you can solo this eq - it is GREAT. 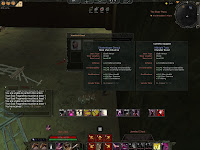 Room for improvment: more...ghosts...please? I mean - one? Come on, gimme at least 4! More unique models for drops too..

Cutscene:
When you use some "thingy" the croc boss spawns and you will see a nicely done mini-cutscene. It is a welcomed thing - more of this please. 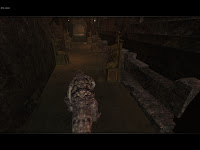 To sum it up: not too shabby. I have actually quite enjoyed it and if you allow me to farm unique 80lvl blue eq from this place, I will do it till my eyes bleed :)
Posted by Slith at 12:33 PM