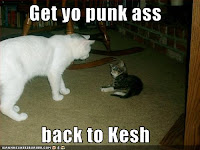 Where to farm
Keshatta is THE only viable place in AOC to farm pvp xp and level up within reasonable time. Accept this and move on.

Minigames
As for now (1.4 build) minigames are horrible for pvp xp and usually packed with premade groups consisting mostly of casters and healers (or both: TOSes). Do not run minigames because they are waste of time. This could change in the future.

Farming strategy
If you are not "teh hardcorez" like me (job, home life, chores, walking the dog, cooking and all that crap) you can probably pull 1-2 hours of gameplay a day (3h if you are lucky). That time must be spent wisely. Follow these tips for best results:

rule #1 "Set a daily ammount of pvp xp to gain"
This might sound like a very basic stuff, but trust me: the ammount of xp you will need is overwhelming. You need to "cut" the progress bar into tiny little pices and "climb the ladder". Setting ammount of xp to grind will give you a

sence of daily achievment and a slow, but steady progress. I went with following:

2) 2.000 xp - not every day in Kesh is the same, somedays it's easier, someday its hard as nails to get kills (especially when zergs are tighly packed and close to guards, or there are lots of lots of soliders and healers). If the first 1000 xp is easy to get, pull another 1.000 to get a "boost". Lets do the math:

rule #2 keep it reasonable
Farming pvp xp is a tiresome and at times can be boring. Do not overdo your farming sesions because you will crash and burn. Rather can half-killing yourself in order to farm 5k xp in one day and then not play for 4 days, go for easy wins with steady 1k xp pace with occasional 2k boost.

rule #3 keep the kill/death ratio out of Kesh
I will never understand people that care for their K/D stats. I have 7470 kills and 7420 deaths. So what? It only shows that I worked hard for my level and that I have killed more times that being killed. When you are doing solo or 2 man group pvp YOU-WILL-DIE, a lot. For every kill you make you will most likely die as zerg members gang up on you. There is nothing you can do when you get instantly KB, feared, stuned and charged by 5 people at the same time.
Even if you go so low as for running to the guards, they will pull the guards and then deal with you. Accept that you K/D ratio goes to shitter and move on.

rule #4 set a goals
Do not look at your progress bar as a whole - its depressing. Instead aim for getting 10.000 xp chunks. Your goal is to get another chunk of pvp xp and press on. Getting to lvl4 takes 1480 clean kills (target gives 100 xp), if you look at it this way you may aswell just quit now.
Posted by Slith at 2:49 AM

trust me, I have been staring into that damn progress bar for months :D

Kesh is terrible... or people in Kesh... and anywhere else... (saying about 2Eagles). There are runnig 10 people groups of Russians or Polish guilds, and allow you to do nothing. U have duel? doesn't matter, u ruunig out of hp so u're a good target, as well as your opponent. But if u ask one of those "heroes" for duel - they answer 'shut up noob'. In 90% if u're just aobut one hit to kill oponent, the rest of his guild stuuned u and kill u (still saying about duel). I know that someone will say that i'm crying and i shuold go on pve. But this isn't not a point, it's sad that all... noobs are sp annoing and don't allow u to train yours skill. I have to sneak to the zone which separates gankers by mobs and than i can (posiible) make a fair duel. It's also sad that i can only dream about 1on1 arens.

Maybe after Event the situation on this server will a liitle calm down... And no, i don't want to make pvp in gropu it's pointless and will take ages to gain next lvls.

Sory for, not perfect english;]

You can farm those groups for pvp xp. Thats how I got my lvl 4 anyway :D

Love your blog and guides Slith, i check your blog everyday and I always enjoy to read it.
I will have to admit that i never steped one foot in kesh, as i am a lvl 60 assassin, but what i can say is that part of my leveling, grinding, questing, feat planning and others have your touch.

keep up the good work ;)

hey, many thanks for great feedback.
Don't push yourself to lvl80, take it slow - perhaps 1.5 will change things and you won't have to suffer through Kesh.

It might sound fun from the guides, but its a shit hole.