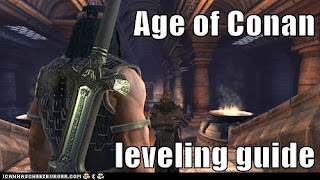 This guide is aimed at taking your assassin from lvl 1 clueless cutter to lvl 80 death incarnate you will eventually become. I will take you level-by-level through all the stages of a feating most proper build. By all means don't take my word for it and feel free to explore and test different builds - it is, after all, the most vital part of class learning process. However the builds are not equal and there is an ocean of performance you can get out of certain hybrid builds compared to some "single feat tree" blunders. If you happen to pick up any AA points along your way (most likely from in game cash shop) then just put them into precise and pressing strikes perks (it is unlikely you will get more than 1/5 in each).

1-19 lvl
http://goo.gl/O5UJW
Your first 19 lvls are going to be uneventful. You want to start with maxing out corrupted blades as this feat gives you flat combat rating upgrade which translates to more DPS. Lotus blades should be maxed as a second choice since their effectiveness is based on your dagger's damage (weapon's damage) and at first you will be running around with a pair of rusty pokers. Corrupted blades seem like a better idea. No matter what builds you will create/use later on you'll always need to have both lotus and corrupted blades because otherwise you will be looking at some seriously reduced DPS.

19-23 lvl
http://goo.gl/QZ4UJ
learn more about Face Stab
This is a hard choice because Swift Ending looks better at low level than Sense Weakness. In my opinion you want to unlock soul strike early on because it will compliment your face stab. At early levels you will have only face stab which will consume base poison from both Slow Death Strikes (SDS) and Grim Corruption (GC). Having soul strike will bring another way of dealing damage and one that is AOE and, if needed, can be turned into stun CC. If you went for Swift Ending then your next unlock would be Lotus Dart which has no were near both the utility and the damage of Soul Strike.

23-26 lvl
http://goo.gl/qlwHn
learn more about Atrophy, Soul Strike
This is where your initial investment pays off as you get access to both atrophy and soul strike. Not only your damage will be significantly upgraded but also you will be able to use your first major CC (stun that comes from SDS+SS). Atrophy will grant you unparalleled survivability and will be your best tool on a road to 80lvl.

26-31 lvl
http://goo.gl/UZvOZ
learn more about: Lotus Dart
Here you will receive a major upgrade to your main combos as well as third and last type of miasma: lotus dart.

31-39 lvl
http://goo.gl/R1YFL
Your next few levels will be focused on upgrading your Cat's Pawn which - at this level - will be absurdly effective and will allow you to take on much more or much tougher opponents. Necrosis will upgrade your face stab so it will become much more viable as "naked attack". By "naked attack" I mean using face stab even when there is no base poison present on your target (SDS or GC). Face Stab is the only miasma that will deal real, viable damage without base poison and it is instant so don't be afraid of using it during or between combos (e.g. Face Stab + Grim Corruption + Soul Strike + Swift Strikes).

39-41 lvl
http://goo.gl/pqVN2
First get 1/3 in Dull Pain to unlock more options. At this point in the game you won't face all that much magic casting opponents so this will be enough, more so that whatever casters you will face won't be in groups that can threaten you. Second choice is snap kick, a worthy upgrade to your CC arsenal granting you very fast AOE knock back.The last thing is CLE (crystallized lotus extract) which you might not find useful right away (at this level assassin is not all that much "shard hungry"), don't worry, you will be using it a lot soon enough.

41-48 lvl
http://goo.gl/ZjYEj
learn more: Critical Damage and Bonus Critical Damage
Add 5/5 to the unholy strenght to get small boost to your swift strikes. You don't have the proper crit/bonus crit gear yet to take full advantage of corrupting strikes. Drop 1/5 into accelerated as it will prove to be a useful tool when it comes to running away from the mobs (if needed to avoid death). Add 1/5 to precise strikes to unlock more feats down the line.

48-53 lvl
http://goo.gl/Wt5tW
learn more: Relish in death and fatality
First you want to get relish in death as procing fatality will let you to survive more and deal more damage. Then you want to get from the darkness as a nice opener, especially if you land naked Face Stab immediately after the charge. Get 3/3 in unholy stab to push your face stab damage even further. Last but not least: death's gaze - you fear CC. Necrotic empowerment is not mandatory but if you are feeling like you need more shards (to avoid downtime) get it since it cost only 1 point.

53-58 lvl
http://goo.gl/it35X
learn more: Dull pain and lotus overload
Get lotus tained blood and lotus overload to give you that edge against casters. Finish up with opportunistic strike so you will have 3 solid CC to keep you going.

58-61 lvl
http://goo.gl/ffEID
Max out your dull pain. Add 1 point to deft blades to unlock Grave's Blossom. From now on you will have to manage your souls shards a little better since GB will consume all the shards upon usage.

66-68 lvl
http://goo.gl/MIJQ8
Add 1 point to Burden to Bear and 1 point to Deaths Whirlwind. Use GB after DWW for a great spike in damage out put.

68-76 lvl
http://goo.gl/ytwgX
Keep adding points to Soul Destruction and Steeped Lotus Extract rotating between them each level (after adding point to Soul D. add another one to Steeped Lotus and switch again). By adding points to both of those miasma upgrades you will gain more power than simply upgrading Death's Whirlwind and going down the line. Don't worry, there will be a little twist to this...

After you have maxed out Soul Destruction and Steeped Lotus visit a trainer in major city hubs and RESET YOUR SPECC or take advantage of multispecc: create and activate of of these:

Now it is time for you to visit the far far away Khitai.
read more on how to deal with Khitai's mobs
read more about Alternative Advancement leveling
Posted by Slith at 4:56 AM

Well done Sensei. I see you spent that one point in Deft Blades btw, what about your test with Impede Essence?

IE seems to not work with 1/5 or the effect is so neglible that 2% offhand chance sounds like a treat!